Johnny Stevens was born in 1986 in Massachusetts. He celebrates his birthday on April 10, which makes his age 35. He holds American nationality and comes from White ethnicity.

Johnny Stevens earned most of his fame as part of the band, Highly Suspect. He serves as the guitarist and lead vocalist of the band along with the twin brothers, Rich and Ryan Meyer and Matt Kofos. They initially started as a bar cover band but recorded their The Worst Humans EP after relocating to Brooklyn, New York. After releasing four EPs, the band toured the United States in early 2015. They released their first studio album the same year titled Mister Asylum. The first single from the album, “Lydia” peaked at number 4 on the US Mainstream Rock Songs chart and at number 24 on the US Alternative Songs chart.

Likewise, they released their second studio album, The Boy Who Died Wolf, on November 18, 2016. Their second album was followed by their single, “My Name Is Human”, the same year. The song was nominated for Best Rock Song at the 59th Annual Grammy Awards. Likewise, the band released their third album, MCID, on November 1, 2019. As of 2021, Johnny Stevens is estimated to hold a net worth in the thousands.

Johnny Stevens’ dating life has always been a curious topic for many of his fans. However, the vocalist recently shined the light on the subject on Instagram. On April 10, also the day of his birthday, he posted a picture with a girl he had been dating. His girlfriend seems to be none other than the streamer and Instagram model, Kier, whose Insta name is puff4ddy. While it’s not sure when the pair actually started dating, they made their social media debut on April 10, 2021.

On the other hand, his girlfriend has featured him several times since then. On April 30, she posted a selfie of the duo writing,

“Thank you for every single thing you ever do for me.”, she wrote. 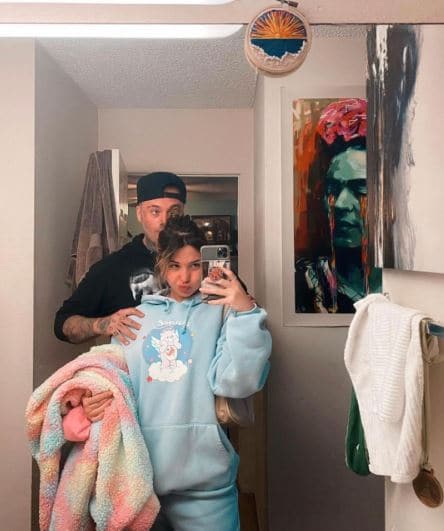 Before, he was rumored to have been dating a girl named Kydids, who is also the band’s crewmate. The rumor started when the pair shared a picture together mentioning BAE in 2017. However, the relationship was never confirmed. On the other hand, in an interview in 2016, the singer mentioned that he dedicated the songs like “Lydia” and “Chicago” to his mysterious ex-girlfriend. 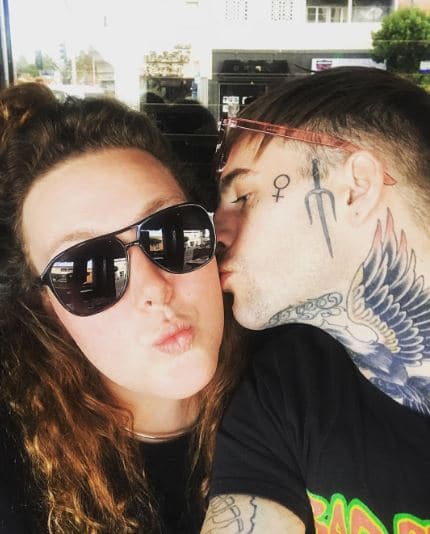 Johnny has not shared much about his family. According to sources, his mother abandoned the family when he was young. His father raised him alongside his brother. Johnny did not have a great childhood and used music to escape his trauma.

Johnny stands at a height of 5 feet and 10 inches. Likewise, the singer has a slim built body. His facial features include his blonde hair and dark brown hair. Johnny is a tattoo lover and has many tattoos over his body including a macho eagle on his neck and “Slothrust” on his hand.