Joshua Bassett is an American actor and singer best known for playing the lead Ricky Bowen in High School Musical: The Musical: The Series. To date, he has performed in over thirty musical theatre productions. Furthermore, he is a Folk-Pop singer, having released an EP and several hit singles.

Originally from Oceanside, California, Joshua T. Bassett was born on 22 December 2000 under the star sign Capricorn. The 20-year-old actor is American by nationality and belongs to the Caucasian ethnicity. He didn’t attend any private school as he was home-schooled.

At age 7, Bassett was introduced to musical theatre when he was in a community theatre production of High School Musical as J.V. Jock No. 2. Since then, he was starred in over 30 musical productions.

In 2018, Bassett had his first substantial role as Aidan Peters on the Disney Channel television series Stuck in the Middle. He was cast in his first starring role at age 17 as Ricky Bowen in High School Musical: The Musical: The Series. In early 2020, he signed with United Talent Agency and also signed a recording contract with Warner Records.

Acting is the major source of income for Bassett. He has worked in over thirty musicals since his debut as an actor. Besides, he has supplemented his income from merch, endorsements, features, and music royalties. As of 2021, he has an estimated net worth of $500 Thousand.

Bassett shocked his fans when he came out as a member of the LGBTQ+ community during an interview on 10 May 2021. However, he hasn’t opened up about his current relationship status. 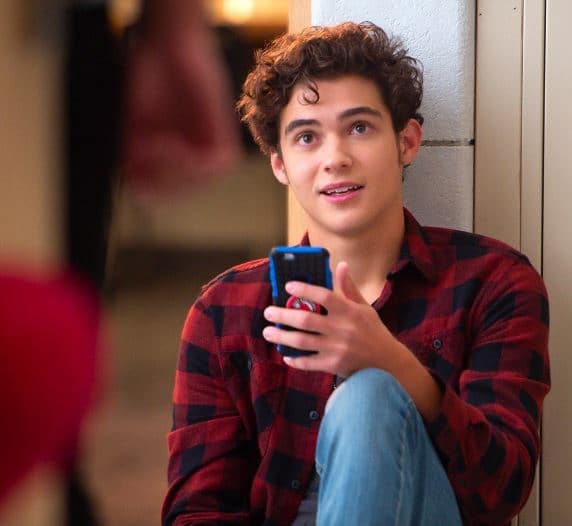 Before coming out as gay, Bassett had sparked dating rumors with former fellow costar, Olivia Rodrigo, in 2020. Although the pair never confirmed their rumored relationship, they were often seen cozied up together during interviews. It’s rumored that Bassett moved on to Sabrina Carpenter after breaking up with Olivia.

The 20-year-old actor and singer was born to parents Taylor and Laura Bassett. He is the only son born to his parents. He has five sisters, namely Alison, Claire, Ashley, Winter, and Hannah.

Bassett stands tall at the height of 5 feet 11 inches. He has a slim, slender body that weighs around 66kg. He has curly, wavy tousled brown hair and light brown eyes.