American actress and producer Julia Roberts is first to prominence with her performance in the movie, Pretty Woman that grossed over $464 million. After that, she appeared in hit films like My Best Friend’s Wedding and Runaway Bride. With her applauding acting skills, she even won three Golden Globe Awards out of her eight nominations. No wonder, she has more than 3.1 million followers on Instagram.

Julia was born in Smyrna, Georgia, the USA on 28th October 1967. She is of American nationality. She inherits a mixed ethnicity with English, Welsh, Irish and Swedish descent from her parents Walter Grady Roberts and Betty Lou. Her zodiac sign is Scorpio.

In was in the late 1980s when Julia started her professional career as an actress. She debuted with the movie, Firehouse. Following that, she appeared in films like Mystic Pizza, Blood Red, Steel Magnolias and so on. However, her breakthrough only came when Julia landed the role of Vivian Ward in the successful movie, Pretty Woman.

With that, Julia became part of many successful movies like Sleeping with the Enemy, My Best Friend’s Wedding, Valentines’ Day, and Money Monster. She also impacted on the TV Screens with roles in TV series like Law & Order, The Normal Heart, and Miami Vice. In 2003, she got a massive paycheck of $25 million in the movie, Mona Lisa Smile. She also portrayed the character of Heidi Bergman in Homecoming in 2018. 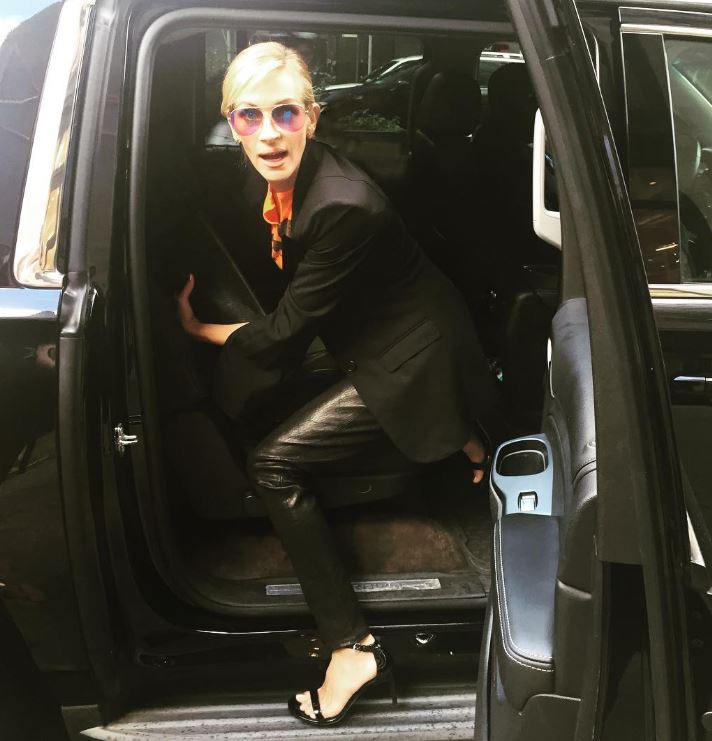 With all the works, Julia accumulated a net worth of $200 million. In her illustrious movie career, she even won three Golden Globe award, one Screen Guild Award and one Academy Award for Best Actress.

Along with an illustrious career, Julia got linked with several celebrities. The likes of people, who got her boyfriend tag were Liam Nesson, Dylan McDermott, Jason Patric, and Matthew Perry. In the year 1991, she even got engaged to her boyfriend, Sutherland. However, the engagement was called off.

After two years, Julia married her then-boyfriend Lyle Lovett. However, the wedding – officiated in 1993 – only lasted for two years.

Subsequently, Julia started dating Benjamin Bratt in 1998. However, in the year 2000, she met Daniel Moder in the set of The Mexican and fell in love. Commencing the romance, the duo married on 4th July 2002. Now, Julia has three beautiful children named, Hazel, Phinnaeus and, Henry with her husband. They are relishing their married life.

Julia grew up in Georgia with her parents, Walter Grady Roberts and Betty Lou. She cherished her childhood with two siblings, Eric Roberts and, Lisa Roberts Gillan.

For education, she attended Georgia State University but, she did not graduate. 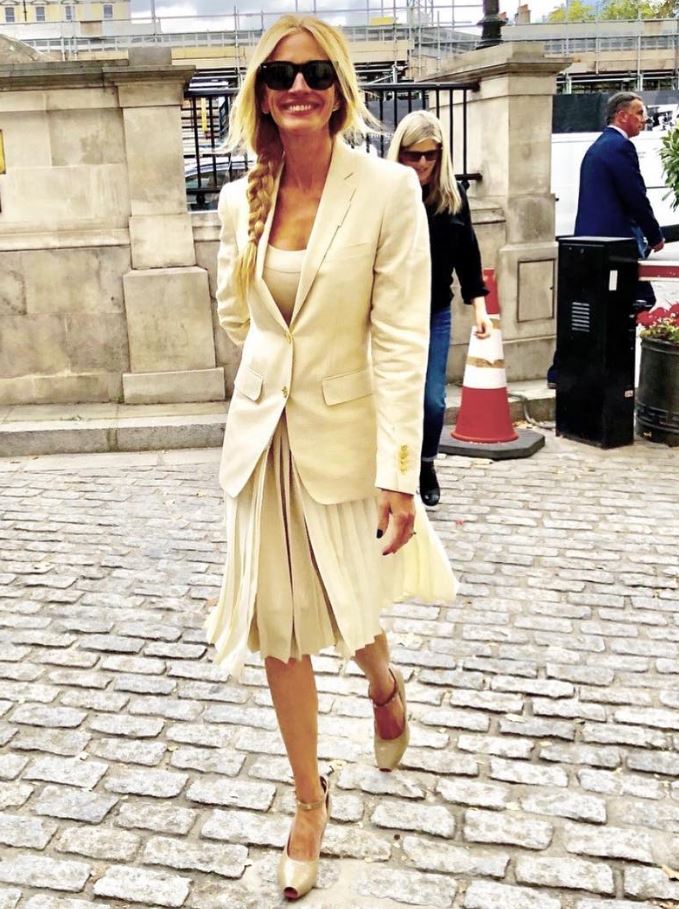 Julia is far too beautiful for her age. She is already 51, but her measurements can only imply otherwise. She stands tall with a height of 5 feet and 9inches and a maintained weight of 58 kgs.