Kailyn Lowry is one of the cast members of Teen Mom 2, aired via MTV. In the show, we have already watched how hard she struggled in raising her three sons. As she broke up with baby daddies, she raised her kids as a single mother without losing her spirit. Now let’s know more about her including her facts, baby daddy, and net worth through this biography!

Born on 14th March 1992, Kailyn Lowry’s hometown is in Nazareth, Pennsylvania. Her full name is Kailyn Rae Lowry, and zodiac sign is Pisces. She is American by nationality and belongs to white ethnicity. For education, she went to Delaware State University and graduated in  B.A. in Mass Communication.

Kailyn started her career in reality shows in 2009 appearing in ’16 and Pregnant’ show. Two years later, she signed for documentary series Teen Mom 2. In one of the episodes, Nothing Stays the Same; we can see her spirit in raising her children. She featured in the show starting from 2011 to 2017. 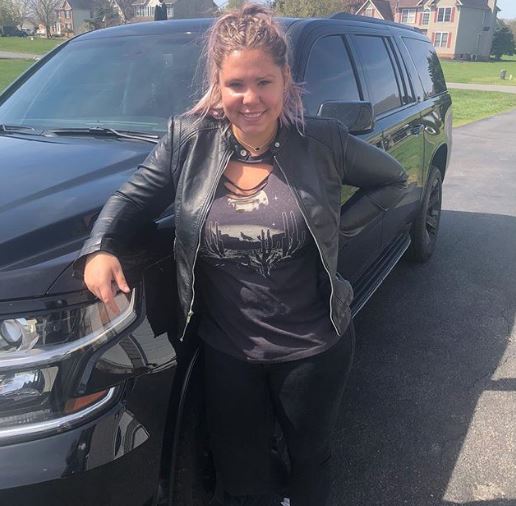 From the show, she earned a hefty sum of income. According to IntouchWeekly.com, her salary per season is $300 thousand. However, her total worth is underestimated at $25 thousand. As of 2018, Kailyn’s estimated net worth should be around $200 thousand.

Kailyn is a single mother of three sons, and all three are from different guys. Her first child, Issac Elliot Rivera is from her relationship with Jo Rivera. She welcomed her first child with her first baby daddy on 18th January 2010. However, they parted ways soon after Issac’s birth.

After a breakup, she met her second love, Javi Marroquin during season four of Teen Mom 2. In 2012, the duo exchanged vows privately, and publicly in September 2013. On 16th November 2013, she welcomed her second child Lincoln, with baby daddy Javi. However, their relationship started deteriorating after her miscarriage in December 2015. The ex-pair parted ways in May 2016.

Moreover, her third baby daddy is Chris Lopez, who is a father of her third child Lux.

Chris and Lux are Practically Twins?

After divorcing her husband Javi, Kailyn started living with her ex-boyfriend Chris Lopez. From this relationship, she gave birth to her third baby, Lux Russell on 5th August 2017. However, while her pregnancy, Chris cheated on her and they parted ways.

However, on 5th August 2018, Chris paid a visit to her to wish his child’s birthday. Chris saw his son for the first time and shared a moment with his son.

Recently, Kailyn shared a photo story in her Instagram account, mentioning her third child Lux and Chris to be twins.

Kailyn is one of two daughters of Suzi Irwin. Her father’s name is still not disclosed. She has a sibling sister named Mikaila Shelburne. Nothing much regarding her family members is mentioned. 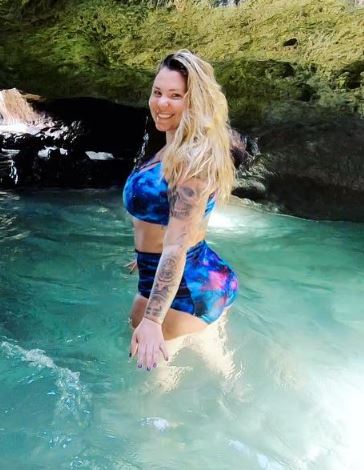 Kailyn is decently tall possessing a height of 5 feet 4 inches and weighs about 63 kilos. Her skin is white toned, has brown eyes, and golden brown hair. Nothing much regarding her slim body measurements are provided.