While Harry Kane gained media concentration after scoring two unbelievable goals in FIFA World Cup, his love, Katie Goodland is also getting media attention. Harry’s girlfriend is a professional fitness trainer and a supporting hand to the national player. So, how about knowing more? Let’s take a peek into her profile!

Born on 21st January 1993, Katie Goodland’s hometown is in England. She is British by nationality and belongs to white ethnicity. Her zodiac sign is Aquarius. She attended Chingford Foundation School. Her family information is not provided. However, she once mentioned Brady and Wilson, two Labrador dogs to be the part of her family.

Katie is a professional fitness trainer, who loves keeping her clients healthy. Apart from working as a trainer, she keeps supporting her boyfriend in his career. In an interview with Daily Mail, her boyfriend Harry said:

‘She always wanted to do her own thing. She went to university and worked hard. I have a great family, they keep me grounded and they’ve worked just as hard as me to get me where I am. It’s really important you have close family and friends who you can talk to when things aren’t going well, or when you’re enjoying the moment when things are going well.’ 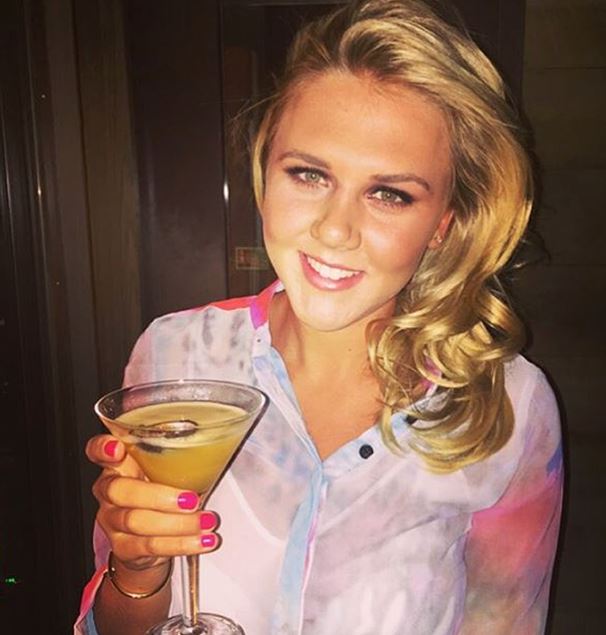 A professional fitness trainer earns $3,200 to $43,000 a year approximately. As she has been working as a trainer for quite some time, we estimate her net worth to be at least $50 thousand as of 2018.

When we hear about love affairs that last a decade, we do love to hear about it more. Katie’s love story is something like that. Everyone seeing this page right now knows her boyfriend, Harry Kane. However, don’t you want to know how they started dating?

My beautiful little family 👨‍👩‍👧❤️
Incredible and emotional day at the lane today! Lots of memories made there! 💙 #COYS pic.twitter.com/zjkLqrKdsa

The duo has been together for a very long time, since their school days. Both attended Chingford Foundation School together, and still, both are co-operative towards each other. Her beau once said about his girlfriend:

‘If I was single now and meeting people, you’d never know if they were with you for the right reasons. Is it the money? You’d never really know. So I’m lucky that I’ve got a childhood sweetheart.’

After being in the relationship for a long time, in June 2017, the duo exchanged rings. Harry proposed her on his knees in the Bahamas. Harry’s fans are expecting them to exchange vows after completion of FIFA World Cup 2018.

Second Child on the Way

From their relationship, Katie and Harry are blessed with a daughter. Their first kid was born on 8th January 2017, of whom they named Ivy Jane Kane. However, their family of three will turn four very soon. The lovely pair also announced as expecting the second baby in January 2018.

Katie is decently tall with the height of 5 feet 6 inches and weighs about 60 kilos. According to some wiki sites, her body is measured 35-27-34 inches, but it is not confirmed yet. She is fair skinned with brown eyes and blonde` hair.