Katie Thurston gained the limelight after competing for Matt James’ heart in season 17 of The Bachelor. Though she had a sad ending back then, Thurston made sure to enjoy a happy ending as she finished the 17th season of The Bachelorette as an engaged woman.

Originally from Lynnwood, Washington, Katie Lane Thurston was born on 03 January 1991 under the star sign Capricorn. The 30-year-old television personality is American by nationality and belongs to the Hispanic ethnicity. She attended Lynnwood High School, where she played the position of libero on the volleyball team.

Before joining The Bachelor, Thurston was a bank marketing manager in Renton, Washington. She was also popular in TikTok for her adult humor and sex-positive videos. 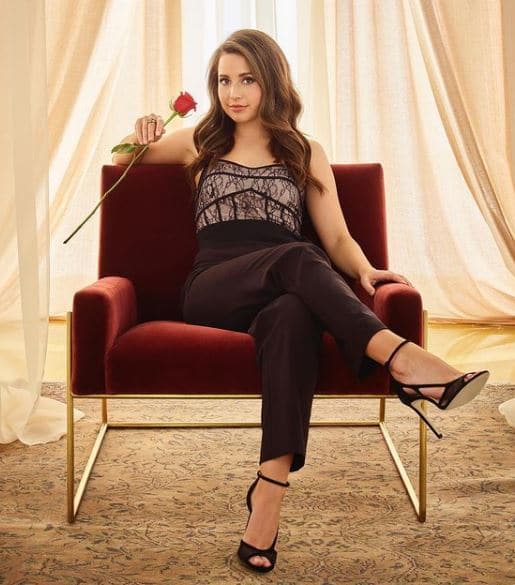 As a marketing manager, Thurston used to earn a decent salary. Her earnings increased after she joined The Bachelor. Since joining the reality TV show, she has landed several endorsement deals and modeling gigs. As of 2021, Thurston has an estimated net worth of $300 Thousand.

Thurston recently got engaged to The Bachelorette contestant, Blake Moynes. Her fiance is a proud 30-year-old unemployed wildlife manager from Canada.

Moynes proposed to Thurston outside of their quarantined resort in Albuquerque. While proposing, he said:

“You deserve the world and I’m excited to support you and be there for you every day moving forward.”

The couple is still enjoying romance together. The two haven’t shared any plans for their wedding.

Though Katie has been very open about her personal life, she has kept her family life more private. Her father passed away in 2012 after he lost his battle with ALS. Her late father taught her how to fish, camp, and make a fire. She hasn’t shared anything about her mother and siblings if she has any.

Thurston has a decent height of 5 feet 6 inches. She has a well-maintained, fit body that weighs 56 kg. The brunette beauty has lovely brown eyes.