An American actress and director Kay Cannon is best known for producing and writing the film series named Pitch Perfect which aired from 2012 to 2017. Besides that, she also came to limelight for directing the adult comedy film named Blockers.

Kay Cannon was born with the name Kathryn Ellen Cannon on 22 August 1974 at Illinois, United States. She currently ages 45 and possesses the birth sign of Leo. She is American by nationality and holds the ethnicity of white. Regarding her academic qualification, she did her graduation from Reed-Custer High School in Braidwood, Illinois. Then she got her BA in Theatre and MA from Lewis University in Education.

Canon started her professional career after being cast in the American action horror mystery film named The Shart, in which she acted under the direction of a very famous Dick  Maas in the year 2001. Later, she was cast in the short comedy TV show titled UCB Comedy Originals in the year 2007. Besides being cast in the television series, she also has been cast in movies like The Little Tin Man, Mystery Team and many more.

Moreover, she also worked as a producer and writer in the industry. Her first work as a producer and writer was on 2007 television series named 30 Rock. The series aired till 2012. Then she produced her first American romantic comedy movie Baby Mama in the year 2008. Later, she wrote her first film in 2012 named Pitch Perfect. Similarly, she also wrote its’ second and third parts in 2015 and 2017. She recently is working for her future project film named Cinderella, where she is working as a director and writer.

Portraying many characters in films, TV-series, and working as a renowned director, producer, and writer, Kay might have collected a whopping earning till the date. And her net worth is estimated at around $10 million.

Kay is a happily married woman. She is married to a well-known face, Eben Russell, who is a writer. The love birds tied the knot on 1 January 2012 in Los Angeles, California. Recently they completed their eight years of marriage and ten years of togetherness in January 2020. 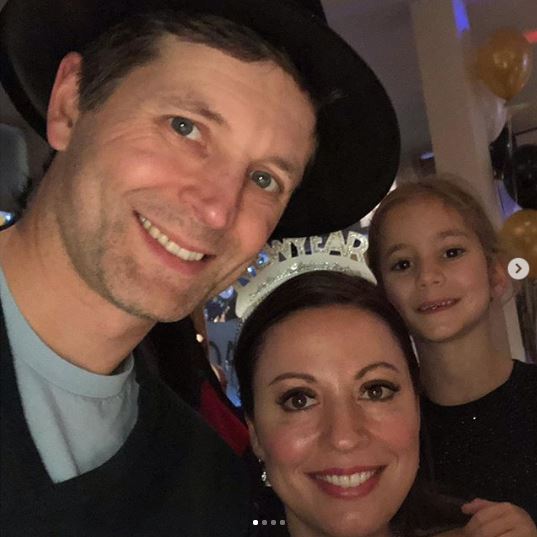 And spending their married life together, the duo is blessed with a baby daughter named Leni Rose in October 2013.

Previously, she was married to an actor and comedian Jason Sudeikis. After dating each other for five years, they married in 2004. After spending four years of married life, they separated in 2008. However, their divorce was officially finalized in March 2010.

Kay was born to American parents. She is the fifth of seven children of Rosemary Cannon and John M.Canon. She has four brothers, Vince, Paul, Luke and Matt and two sisters, Mary and Stacie. 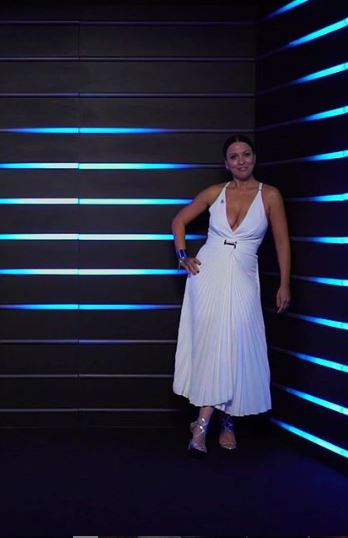 Kay is blessed with decent body measurement where she stands tall at a decent height of feet 6 inches and weighs about 52 kilograms. She has brown colored hair with two pairs of beautiful brown colored eyes.