Kendra Nicole Robinson is an American attorney, realtor, and reality TV star. The multi-talented queen is skilled in criminal defence, real estate closings, and personal injury. She made her TV debut, appearing as a cast member on season eight of VH1’s Love & Hip Hop: Atlanta.

Originally from Clinton, South Carolina, Kendra Robinson was born on January 26, 1988, under the star sign Aquarius. The 34-year-old attorney is American by nationality and belongs to the African-American ethnicity. She graduated with a degree in Bachelor of Science in Mathematics from Kentucky State University in 2010. She also has a Doctor of Law focused in criminal law and real estate law from the University of Louisville’s Brandeis School of Law.

Kendra Robinson Net Worth and Salary

After receiving her J.D., Kendra worked as a contract attorney at Crail A. Lewis & Associates, LLC for eight months. She then served as a Teller at SunTrust Bank, as a law clerk at The Cuffie Law Firm, and as a Staff Attorney at Lister & Holt, LLC.

In October 2015, Kendra founded Kendra Robinson and Associates, LLC in Atlanta, Georgia. She has been working as an attorney for Taylor Lee & Associates, LLC since January 2016. She also serves as a realtor at JMaxx Properties.

Apart from being a realtor and attorney, Kendra is also a reality-TV personality. She made her TV debut, appearing as a supporting cast member on Love & Hip Hop: Atlanta season eight. She also has a fitness line, Hour Glass Body. 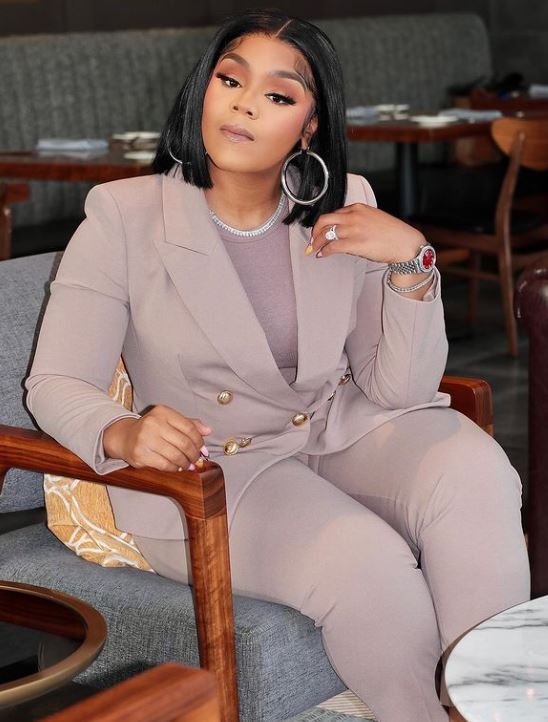 The criminal attorney is busy building her business empire with her fiance, Joc. Thanks to her growing career as an attorney, realtor, and appearances on the VH1 reality show, she has bagged a handful of money. As of 2022, Kendra Robinson holds an estimated net worth of $1.5 million.

Married to her Husband, Yung Joc

Kendra is happily married to her fiance-turned-husband, Yung Joc, whose real name is Jasiel Robinson. She was introduced as Joc’s girlfriend during season 8 of Love & Hip Hop: Atlanta. The couple first met and exchanged numbers in 2014. Since then, they have been together despite going through several ups and downs.

Kendra and her fiance had to put their nuptials on hold due to the COVID-19 pandemic. And after a long wait, they exchanged vows. After the marriage, Kendra has become the step-mom of Joc’s eight kids from his ex-wife, Alexandra Robinson, and three other baby mamas, Fatimah, Carla, and Sina.

Kendra is the daughter of Phyllis Robinson. Her parents greatly influenced her choice of being an attorney. When she was a child, her mother, Phyllis, 60, used to say that she’d make a great lawyer. She has a brother named Michael Robinson. 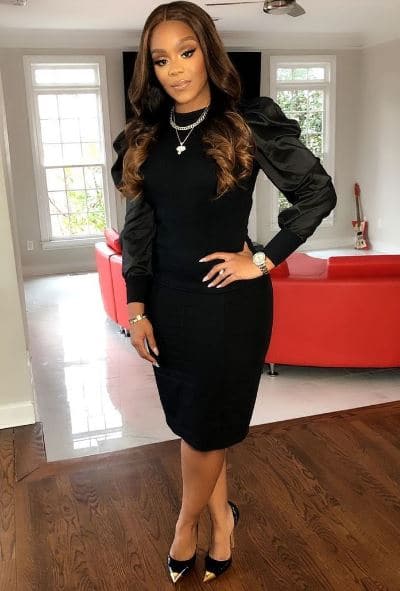 Kendra has a decent height of 5 feet 4 inches. She has a fit, well-maintained body that weighs around 63 kg.

Her natural hair color is brown, and she has dark brown eyes.

How old is Kendra Robinson?

Where is Kendra Robinson from?

What is Kendra Robinson's real name?

What is the net worth of Kendra Robinson?

Kendra Robinson is worth $1.5 million.

What does Kendra Robinson do for a living?

Kendra Robinson is an attorney, realtor, and reality star by profession.

Who is Kendra Robinson's husband?

How tall is Kendra Robinson?