Kerri Medders, a singer-songwriter and actress, has more to offer than the average 21-year old. Her music that is layered with individualism highlights her writing style and unique vocals. With acting experience in films and TV series and performing experience in several venues, Medders truly focuses on achieving greatness.

Originally from Houston, Texas, Kerri Medders was born on 07 January 2000 under the star sign Capricorn. The 21-year-old actress is American by nationality and belongs to Caucasian ethnicity.

Medders began her singing career when she dropped her first single, Class is Out, on iTunes in June 2010. She then released several singles such as Sorry For My Love, Nothing to Lose, Back to the Start, and I’m Sorry. In 2015, she dropped her first EP titled Etched, followed by another EP Lot 17 in 2017. Furthermore, she opened for the Plain White T’s and Drake Bell during her nationwide tour for High School Nation.

Apart from singing, Medders also has a promising career in the acting industry. She made her acting debut in 2010 with the film Point of Death. She continued to land minor roles in films like Mystery Girls, Speechless, and Andover. However, her breakthrough role came in 2017 when she landed a recurring role of Emma Hayes on the CBS drama series SEAL Team.

Medders gained further recognition after she starred as Gwenny on the Netflix series Alexa & Katie. She will appear as Layla in the upcoming film The Runner and as Ginger in Spin.

The young and beautiful Medders has a promising career in the showbiz industry. Her soothing voice and acting skills have helped her to accumulate applaudable wealth. As of December 2020, she has an estimated net worth of $500 thousand.

As of April 2021, Medders is reportedly single. She has a cute and charming personality, adored by thousands of male fans. However, she has likely not found her “Mr. Perfect” and is still looking for the right one. 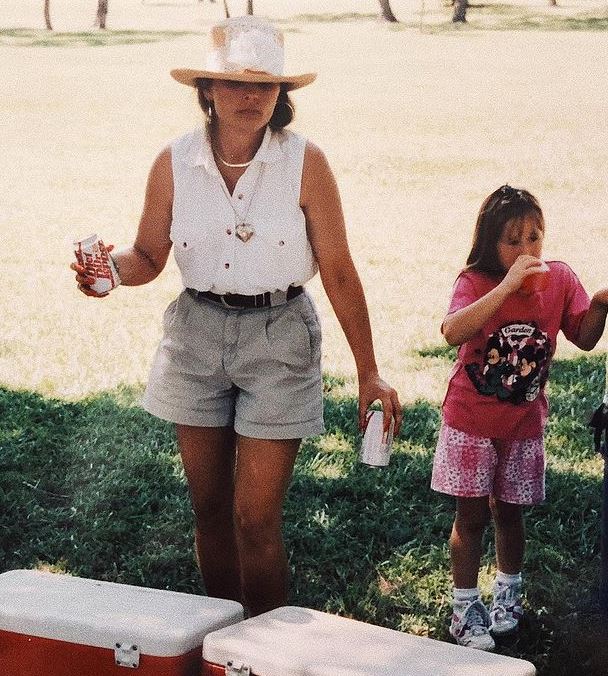 Kerri Medders shared a throwback picture of her mother.

Medders is utterly private when it comes to her personal life. She hasn’t provided a single hint about her family background, parents, siblings, and childhood days. Her early life is a complete mystery to everyone.

The SEAL Team actress has a decent height of 5 feet 4 inches. She has kept her body in good shape and weighs around 51 kg. Her golden-brown hair and blue eyes provide a perfect complement to her charming personality.