A Hall of Fame inductee Kevin Greene was one of the fiercest pass-rushers in NFL history. His omnipresent charisma and the relentless pursuit of the quarterback made him fan favorite in the ’90s. Sadly, he took his final breath on 21 December 2020.

Originally from Schenectady, New York, Kevin Darwin Greene was born on 31 July 1962 under the star sign Leo. The former NFL player was American by nationality and belonged to the white ethnic group. He graduated from Granite City High School in 1980 and earned a degree in Criminal Justice from Auburn University.

Death, Cause of Death, and Funeral

The relentless linebacker Greene died on 21 December 2020 at the age of 58. He took his final breath at his home in Destin, Florida.

The Pro Football Hall of Fame confirmed his death but didn’t provide the cause of his death.

Hall of Fame president and CEO David Baker mourned the passing of Greene, and said in a statement:

“I regarded him as a personal friend and a true Hall of Famer in every sense. He possessed the most incredible can-do attitude of anyone I ever met. He was a great player, but more than that, he was a great man.”

Greene’s sudden death came as a shock to every football fans, players, and coaches. He is now survived by his wife and their two children. 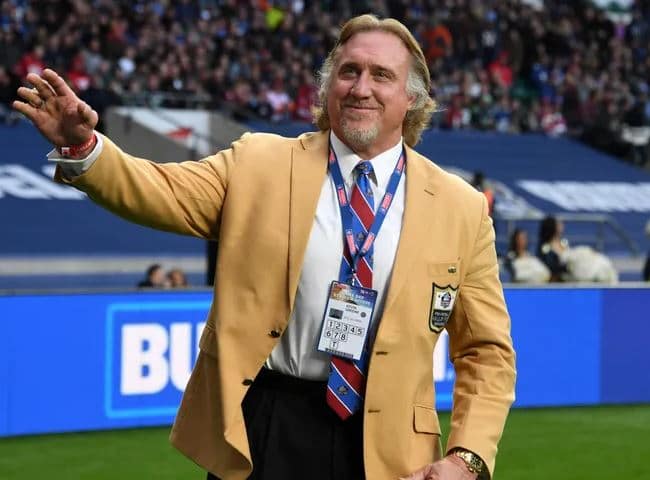 In 2016, Greene was inducted into the Pro Football Hall of Fame. He finished his professional career with 160 sacks, which ranks third behind only Bruce Smith (200) and Reggie White (198). During his NFL playing career, he was a three-time All-Pro and was twice the league leader in sacks.

Though Greene is no more alive, he left his family massive net worth of $9 million.

Greene was married to his wife, Tara. He got married to Tara in 1993. Unfortunately, their marital relationship ended after the sudden demise of Greene.

The Hall of Fame inductee was a father to two children, son Gavin and daughter Gabrielle.

The former linebacker was born to parents Patricia and Therman Greene. His father retired as a colonel after serving in the Army for 30 years. He grew up with his three siblings, brother Keith and sisters Kristin Cosson and Karen Cobb.

Greene had a tall height of 6 feet 3 inches and weighed around 247 lb. He had long blonde hair when he was active on the field.