A girl of mixed race with beautiful curls, Khadijha Red Thunder, is an American model and actress, recognised for her role as Steph Jones in the romantic drama After. As a model, she graced the cover of Styleby Magazine in January 2017 and has campaigned for Gap, Marc Jacobs, and many others.

Originally from Spokane, Washington, Khadijha Red Thunder was born on 19 May 1994 under the star sign Taurus. She is American by nationality and belongs to the mixed ethnicity of Spanish, Native American, and African-American descent.

Thunder began her career as a model at an unknown point in her life. She became an advertising darling with her beautiful curls and striking looks. As a model, she has done modelling campaigns for Gap, DKNY, Marc Jacobs, Puma X Karl Lagerfeld, and many others. She has also appeared in dozens of magazines, such as Glamour, Allure, Teen Vogue, and WSJ. 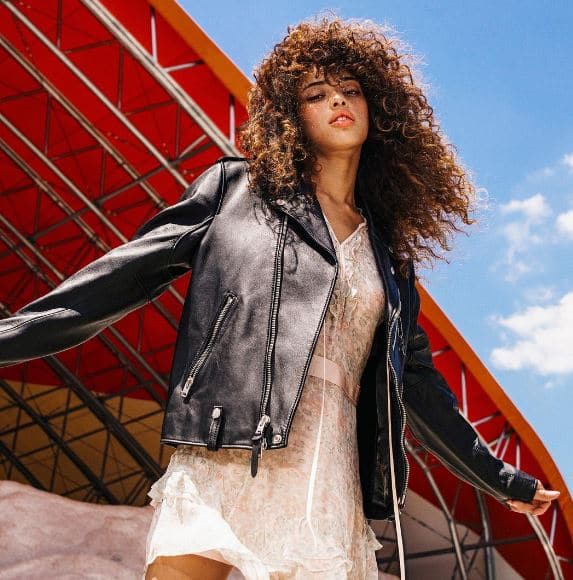 Later, Thunder transitioned into acting and made her acting debut in the 2019 romantic drama After. Her role as Steph Jones in After was critically acclaimed. In 2020, she appeared in the spin-off series After We Collided.

Thunder has also starred in the Sarah Bahbah-directed Kygo music video “Think About You.” As of 2020, her net worth is estimated at $800 Thousand.

Thunder prefers to remain silent when it comes to revealing her relationship status. As she hasn’t officially announced about dating someone nor provided any hint or a glimpse of having an affair, she is allegedly single as of 2020.

However, Thunder has dated two men in the past. In an interview in 2019, she revealed that she had been in love twice and had her heart broken very recently.

As a low key person, Thunder hasn’t revealed much about her parents and family. However, she once gushed that as a child, she lusted after her mother’s big, bodacious curly hair.

Thunder’s mother, who is one of 11 siblings, raised her as a single parent. She grew up with six uncles and four aunties. Her mother taught her to be beautiful and to maintain a healthy lifestyle. 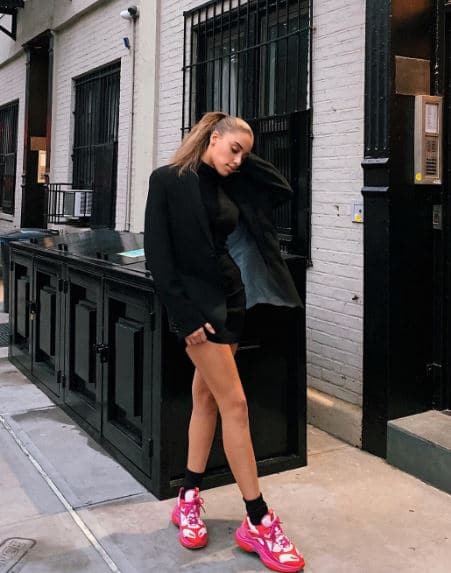 Thunder has an average height of 5 feet 9 inches. She has a perfectly toned body that weighs about 58 kg. Her body measurements are 31-24-34. Her stunning brown curly hair and brown eyes provide a perfect complement to her astonishing beauty.