Kristopher London, a YouTuber, and former basketball player rose to prominence with his challenge and reaction videos. His YouTube video, “1v1 BASKETBALL vs. NBA SUPERSTAR JAMES HARDEN! NBA LIVE 18 SURPRISE!” had more than 4.9 million views. With his rising popularity, Kristopher amassed around 1.6 million subscribers on his YouTube channel, Kristopher London.

Kristopher was born in London, England on 3rd April 1993 as Kristopher Obaseki. He is of British nationality, and his birth sign is Aries. He shared his childhood with his sister, Olivia.

Kristopher initially started his career in basketball; however, with his continuous injuries in his left leg, he could not continue his dream of becoming a professional basketball player. Then on 9th August 2012, he started his YouTube channel which has more than 1.6 million subscribers and 211 million views.

According to SocialBlade.com, Kristopher has an income of around $13.3K – $213K annually from his videos which makes his assets around hundreds of thousands of dollar. As of 2019, Kristopher’s net worth is estimated at $900 thousand.

Kristopher is in a loving relationship with his girlfriend, Bri Martinez. The couple first met on Twitter. Since their first date, they have been together for over two years now.

Marking their first anniversary, Kristopher took it to his Instagram on December 2017 and shared a picture with Bri. The caption revealed that they were together for a year.

Recently on 3 April, he celebrated his 26th birthday with his girlfriend and shared via Instagram that she is his queen. Well, this is just a small part of his love for his girlfriend as his Instagram wall is almost filled with praises and love for her.

Kristopher grew up in London with his parents. However, there is no information regarding Kristopher’s parents. He sister Olivia is also a YouTuber who has her YouTuber channel entitled, Olivia Michala (started on 8 December 2014). 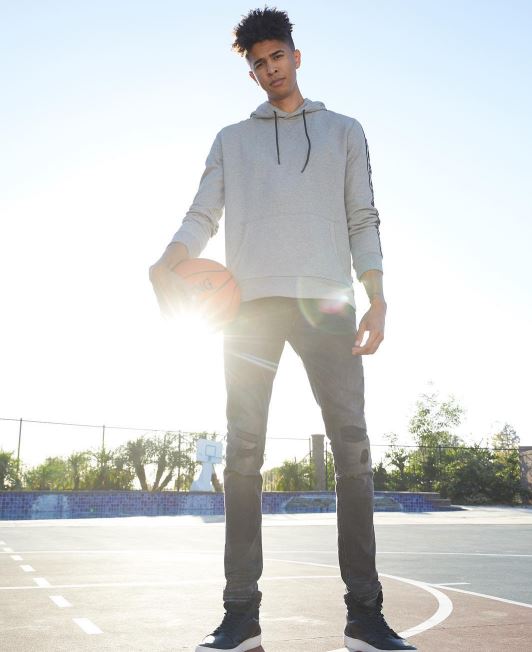 Kristopher stands tall at a gigantic height of 6 feet and 10 inches.