Kyle Kuzma is an American basketball player serving as a power forward for the Los Angeles Lakers of the NBA. He was drafted by the Brooklyn Nets in 27th overall in the 2017 NBA Draft and then was traded on draft day to Lakers. Previously, he was also an All-Pac-12 First Team Player at the University of Utah.

Kyle Kuzma was born in Flint, Michigan, in 1995. Kyle’s birthday falls on 24th July and possesses the zodiac sign of Leo. He belongs to American nationality and biracial background. He is the son of Karri Kuzma. He has siblings – half-brother, Andre, and younger half-sister, Briana. He first enrolled at the University of Utah in 2013. Then, he graduated with a degree in sociology from the University of Utah.

Kyle began his professional career as a basketball player after getting selected in the 27th overall pick by the Brooklyn Nets in the 2017 NBA draft. Later, he got traded in exchange for Timofey Mozgov and D’Angelo Russell to Los Angeles Lakers. He officially joined NBA after signing a multi-year contract with Los Angeles Laker on 3rd July 2017. 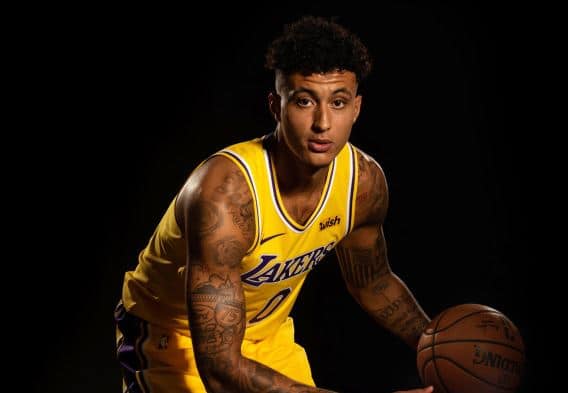 In the 2017 NBA Summer League, Kyle played seven games out of eight and made a consistent presence during the event. He has earned 6.4 rebounds, 2.7 assists, 21.9 points, and 1.4 blocks per game. He also appeared as a starter by playing the match against Brooklyn on 3rd November 2017. There, Kyle recorded 21 points and 13 rebounds. Not only that, he even became the NBA All-Rookie First Team in May 2018. 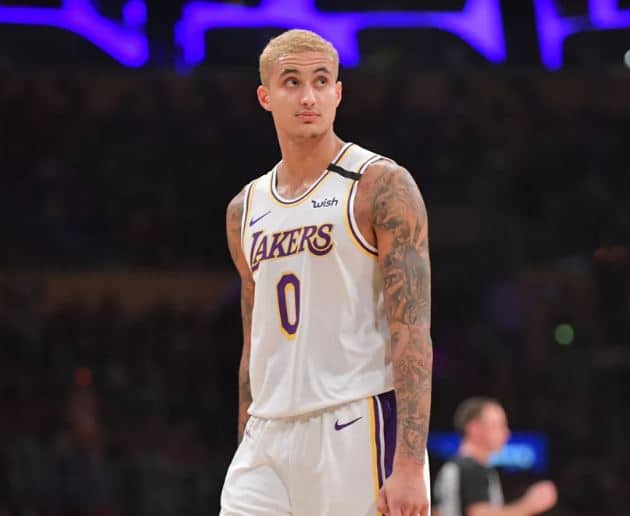 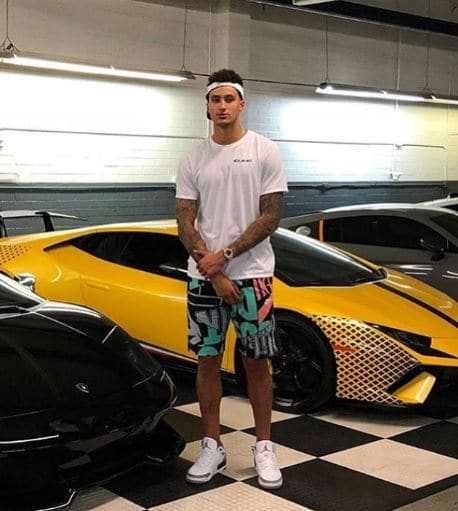 Kyle’s personal life remains very private. He rarely opens up about his dating life in public. 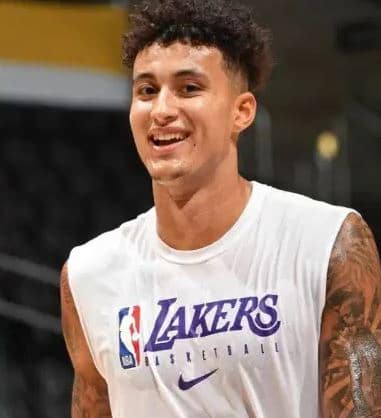 However, Kyle was reported to be in a relationship with a famous celebrity, Kendall Jenner. The news swirled when Kendall appeared in some of his matches. But, none of them have spoken about the rumors.

He was even rumored to be dating a model, Nicole Shiraz.

Kyle was born to Karri Kuzma, possessing biracial ethnicity. His mother attended two jobs to support her family. He sees Larry Smith as a fatherly figure.

Kyle has a well-built, athletic body whose height stands at 6 feet and 9 inches and weighs at 100 kg. Also, he has both black color eyes and hair.