Lee Kwang Soo is a South Korean actor who is best known for being one of the regular cast members of the South Korean variety show Running Man since 2010. He made his acting debut in 2008 and has since appeared in many top shows and movies like That’s Love, Confession, Collective Invention, and others. He is also nicknamed the “Prince of Asia”.

Lee Kwang-soo was born in 1985 in Namyangju, Gyeonggi Province, South Korea. He celebrates his birthday on July 14, which makes his age 35. He holds South Korean nationality and comes from an Asian ethnicity. The actor graduated from Dong-ah Institute of Media and Arts.

Lee started his career as a model but made his acting debut in 2008 in the sitcom, Here He comes. Later, he appeared in High Kick Through the Roof and he earned huge popularity after joining SBS’ Good Sunday variety show Running Man. He also won awards such as New Star Award and Best Newcomer in Variety. In 2012, Lee played the supporting role in the romantic comedy, Wonderful Radio and All About My Wife, and thriller, The Scent after which he reunited with Song Joong-ki in the TV melodrama, The Innocent Man. 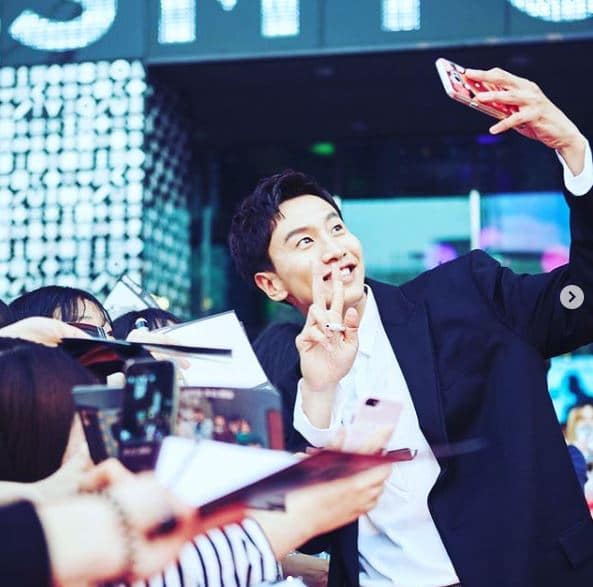 After wanting to play an antagonist, Lee was cast as Prince in the 2013 period drama, Goddess of Fire. Besides, he had his first major role on the big screen in Confession and he has since then appeared in many shows and movies like Collective Invention, Entourage, The Sound of Your Heart, The Accidental Detective 2: In Action, Sinkhole, and many others. As of 2021, Lee Kwang Soo’s net worth is still under review.

Lee Kwang Soo has been officially dating the actress, Lee Sun Bin, since 2018. According to sources, the two actors first met in September 2016 when filming for SBS’s “Running Man”. Besides, the duo only started dating in July 2018 and confirmed their dating status in December of the same year.

The duo started as friends after filming together and slowly worked their way to stay in a romantic relationship. Moreover, they have also introduced each other to their friends and have accompanied each other to many public events. Regardless, the couple is not much open about their relationship in public. Besides, they also have not shared anything regarding their wedding.

Lee Kwang Soo was born to his father Lee Jong-Ho. His father owns a furniture factory. However, the actor has not disclosed the name of his mother but she has made an appearance with him on various game shows. On the other hand, the actor also has a younger sister who is two years younger than him.

Kwang Soo Lee has a tall height of 6 feet and 2 and a half inches. Moreover, he has a stunning body that weighs around 78 kg.