Lee Sun-bin is a South Korean actress and singer who started out as a singer for the girl group, JQT. However, after the group disbandment, Lee started her career as an actress and has appeared in memorable roles in Squad 38, Missing 9, and Criminal Minds.

Lee Sun-bin was born in 1994 in Cheonan, South Chungcheong Province, South Korea. She celebrates her birthday on January 7, which makes her age 27. She was born with her real name, Lee Jin-Kyung. The actress holds South Korean nationality and comes from an Asian ethnicity.

Lee came into the spotlight in 2011 after joining the new girl group JQT. She participated as a vocalist until the group’s disbandment in 2012. Later, she worked as a model alongside Teen Top and debuted in another girl group in December 2012. However, plans did not work out and she left GP Entertainment and joined Wellmade Yedang as an acting trainee. 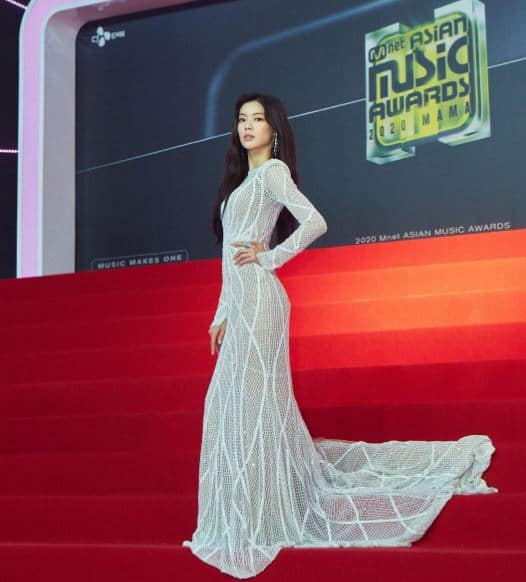 She had her first acting role in Saint Wang Xizhi in 2014 and later took a supporting role in the JTBC drama Madame Antoine: The Love Therapist in 2016. However, she had her major breakthrough when she appeared as a gold digger in OCN’s hot drama Squad 38 in 2016. She has since starred in movies and shows like Missing 9, Criminal Minds, Rampant, Sketch, Okay! Madam, and Mission Possible. As of 2021, Lee Sun-bin’s net worth is still under review.

Lee Sun-bin has been long time dating her boyfriend, Lee Kwang Soo, who is also a popular actor. Likewise, the couple first met in September 2016 in the set of the “Running Man”. However, the duo had started dating in July of 2018 and had confirmed their relationship only in December of the same year.

Nonetheless, the pair started off as friends before their relationship turned romantic. Moreover, they have also introduced each other to their friends and family and have also made public appearances together. However, the romantic couple rarely shows their relationship on social media and maintains a private love life.

Lee Sun-bin has not shared much on her parents. The actor has not been open to her early life and the names of her parents remain a mystery at the moment. There is also no information on her siblings if she has any.

Lee Sun-bin has a height of 5 feet and 5 inches. The actress possesses a stunning body and an attractive figure. She has fair skin and black smooth hair.