The people who are successful now, are either blessed by birth or their skill has developed later. Lil Tay, a cute little girl who should be going to school right now; is foul mouthing others and is getting fame! She is all fired up for being one of the successful rappers, and her luck is favoring her too. Now let’s know more about her, including her parents’ identity through this wiki!

Born in 2009, Lil Tay’s hometown is in Atlanta, Georgia, USA. Her real name is indicated to be Lil Taylor Cosgrove, however, is known by other names like Lil Tay Tervali, Lil Tay Jetski, and even Lil Gucci Taylor. She is American born and is assumed to be Filipino by ethnicity. According to a report, she is now living in Los Angeles, California. The information regarding her father and education is not explicitly mentioned.

Career as a Rapper

Lil started her career as a rapper when she was just seven years old. She started posting on her Instagram account. However, she gained fame after foul mouthing and using dirty words like F and N. Her first video was titled ‘LIL TAY RESPONDS TO RICEGUM (Sister Bully)’, and her official career as a singer started in April 2018, from her debut single ‘Money Way.’

Now, she has self-titled YouTube channel with more than 165 thousand subscribers and 4.5 million total views. She has now emerged as a rapper, and also a foul mouth web sensation. According to some source, she will be releasing a new video with Chief Keef soon.

On 18th April 2018, Tay was involved in a fight with Bhad Bhabie and Whoa Vicky. The video went viral within a day. Here is a clip shared on her Instagram account:

After getting mass criticism, she uploaded a video dedicating her haters. Here is the video:

Lil Tay is a recently fired up star, who herself claims to be rich. She is seen capturing selfies with luxurious BBT cars, branded clothes and shining jewelry. If someone sees her Instagram account with a picture carrying a stack of bucks, anyone can speculate her to be a money maker. 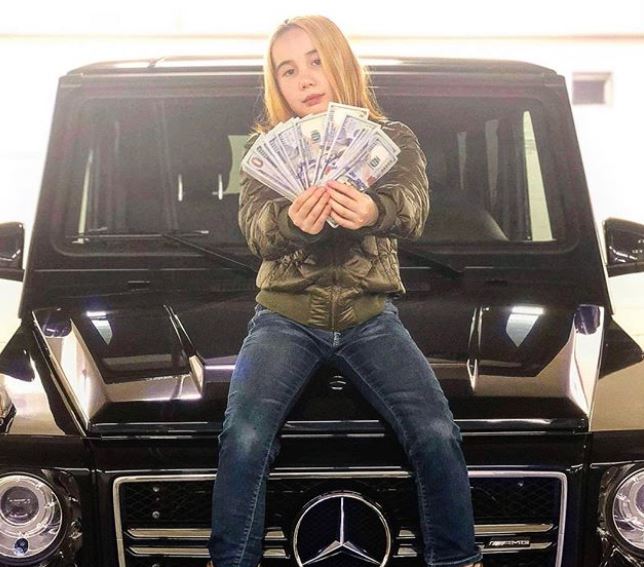 Lil never mentioned about her parents. However, people have not yet stopped finding more about her. Babe Network recently indicated her mother’s name. According to the source, her mother’s name is Angela Tian, who allegedly films her videos.

One of the recent reports said that her mother Angela has now been fired from her company. The reason for firing her was for assisting Lil Tay in video filming. Jim Lew from the company responded to Daily Hive:

‘When we found out about this activity last week we had to dismiss her. There is no place for this sort of activity in our industry. Angela has only been a realtor with our brokerage firm for only six months.’

The social media sensation and rapper is a friend of Woah Vicky and often refers her as a sister. So, people started speculating if they were related or not. She also once claimed that iCarly actress managers her Instagram profile. However, it is still not confirmed.

If she is running down the alley with thousands of bucks in her hand; soon we will be seeing her with a boyfriend. The nine years old girl has now been a sensation on the internet and soon will be the crush of millions of fans around. However, she is currently busy in her daily doings and is not seeing anyone. 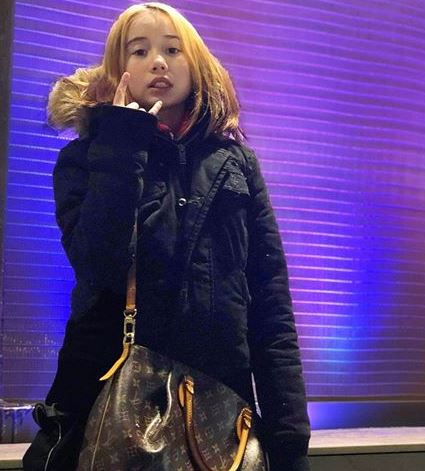 Lil is decently tall with the height of 4 feet 9 inches which is equal to 1.45 m and weighs 40 kilos. She has slim body measuring 26-24-22 inches. Her hair is natural black with blonde highlight. Her eyes are dark brown. She wears 5 (US) numbered shoes.