Lila Grace Moss is a promising British teen model who has already scored campaigns for Chanel, Marc Jacobs, Dazed & Confused, and Miu Miu. But she is not the only one in the family involved in modeling. She is the daughter of a famous supermodel, Kate Moss.

Originally from London, England, Lila Grace Moss Hack was born on September 29, 2002, under the star sign Libra. The 20-year-old model is British by nationality and belongs to the Caucasian ethnicity. She could be attending some high school in England.

Lila is currently making her moves in the family business of fashion modeling. She made her modeling debut at the tender age of 14 as the face of The Braid Bar. In 2018, she became the face of Marc Jacobs Beauty. Two years later, she hit the runway for the first time at Paris Fashion Week, opening and closing Miu Miu’s Spring 2020 show.

In January 2021, Lila walked the Fendi Couture catwalk together with her mother. She has also covered Vogue’s Paris, Italian, and Japan editions. Besides, she joined modeling veteran Adwoa Aboah in Kim Jones’ debut collection for Fendi during the Haute Couture SS21 show.

Lila is represented by the Kate Moss Agency, which her mother founded in 2016. Though she hasn’t achieved her mother’s success yet, she has been making decent earnings from her modeling gigs. As of 2022, the daughter of Kate Moss, Lila Grace Moss has an estimated net worth of $500 thousand.

Lila has grown into a fine lady. But it seems she isn’t yet ready to have a romantic relationship with someone. To date, she hasn’t announced being in a relationship and never let herself embroiled in dating rumors.

Perhaps, Lila wants to hit the headlines from her work rather than being the headline of some dating speculation. Or, she is secretly dating someone, avoiding media attention.

The teen model was born to parents Kate Moss and Jefferson Hack. Her parents reportedly first met during an interview for Dazed & Confused magazine in 1999. For the next four years, they were in a romantic relationship and welcomed their daughter, Lila.

Lila’s mother, Kate, is a supermodel who rose to fame in the 1990s. Kate married Jamie Hince in 2011 and split in 2015. That same year, the supermodel began dating her current partner, Nikolai von Bismarck.

Lila’s father is the co-founder of Dazed magazine and Creative Director. Her mother was 27 when she was born in 2002. 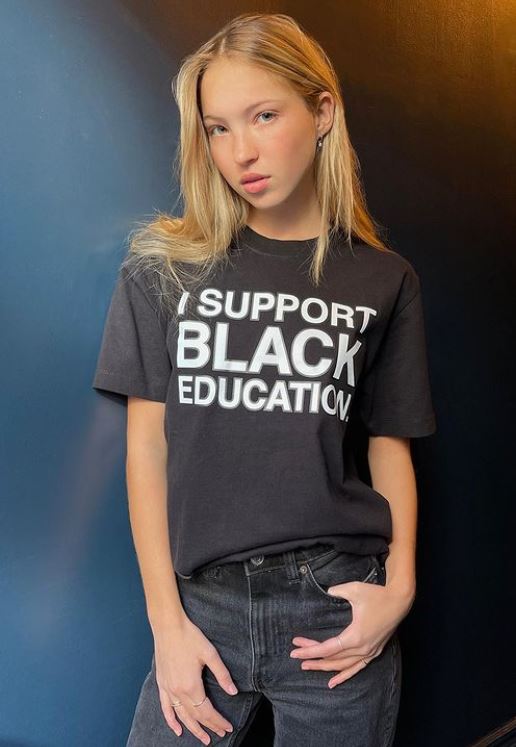 The model, Lila Grace Moss, stands tall at a height of 5 feet 7 inches. She possesses a slim, perfectly shaped body that weighs 51 kg. She has straight blond hair and green eyes. Her body is measured at 34-24-34 inches.

What condition does Lila Grace Moss have?

How old was Kate Moss when she had Lila Grace Moss?

Kate Moss was 27 years old when she had Lila Grace Moss.

Who is Lila Grace Moss father?

When was Lila Moss born?

What age is Lila Moss?

Where is Lila Grace Moss from?

What is the net worth of Lila Moss?

Is Lila Moss dating someone?

Lila Moss is possibly dating her boyfriend but has not confirmed it yet.

How tall is Lila Moss?

What is Lila Moss' body meausrements?