The Golden Globe Awards nominated actress, Lily Collins has had a troubled childhood due to her parent’s divorce that eventually led her to develop an eating disorder. Lets us peek more into her life.

Lily Collins is an American actress and model who started her career at the wee age of 2 through BBC series “Growing Pains”.  Best known for her roles in “Abduction (2011)”, “Priest (2011)” and “Mirror Mirror (2013)”, she was a natural actor who could perform any roles assigned to her.

Lily is not only known for her beauty and charming personality, but she has also garnered critical acclaim for her role of Clary Fary in “The Mortal Instruments: City of Bones” which led her to be nominated in the Teen Choice Award and MTV Movie Award.

Lily besides portraying different roles in movies, is equally active in modeling.  She was named “Model of the Year” by Glamour magazine after being selected by Chanel to wear one of their dresses.  When she was just a teenager, she began writing for various magazines like Seventeen, Teen Vogue and The Los Angeles Times.

To date, she has acted in more than a dozen movies in prominent roles and has even appeared in several music videos including the song “City of Angels” by band Thirty Seconds to Mars.  Her recent project is “Emily in Paris” which is scheduled to release in 2020. 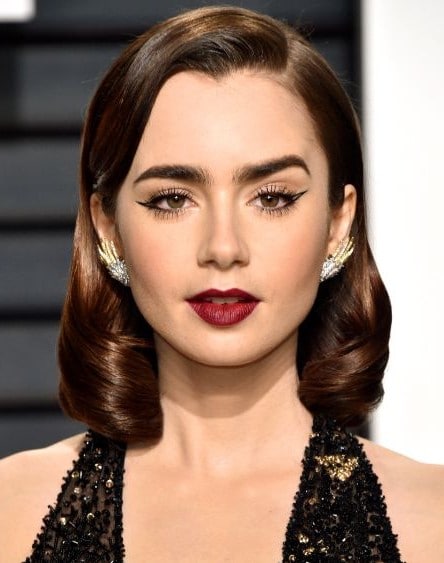 Besides acting, Lily is also active in the writing profession. She released her first book “Unfiltered: No Shame, No Regrets, Just Me” in 2017.  With multiple projects in hand, she has been able to amass a great fortune throughout her career. Her net worth as of date stands at $8 million.

Lily has always been a very private person and likes to keep her private life to herself. She had been affected by the media coverage of her parent’s divorce both being well-known figures and is thus very cautious about sharing her private details with the public.

However, it is known that she had dated co-star Jamie Campbell Bower in 2012 and they separated in 2013. She had also dated Chris Evans briefly before patching up with Bower which continued till 2018. There has been reports of her dating director Charlie McDowell, in late 2019.

Lily Collins was born on March 18, 1989, in Guilford, Surrey to English Musician Phil Collins and his second wife, Jill Tavelman (former president if Beverly Hills Women’s Club). Her maternal grandparents were Candian Jewish immigrants who had owned a men’s clothing store in Beverly Hills. When she was eleven years old, her parents had divorced and she had moved to Los Angeles with her mother.

She did her schooling from Harvard-Westlake School and later went on to join the University of Southern California from where she graduated with a broadcast journalism degree. She has half-sisters and brothers from her father’s first and third marriages.  The musician Simon Collins and actress Joely Collins are her half-siblings. 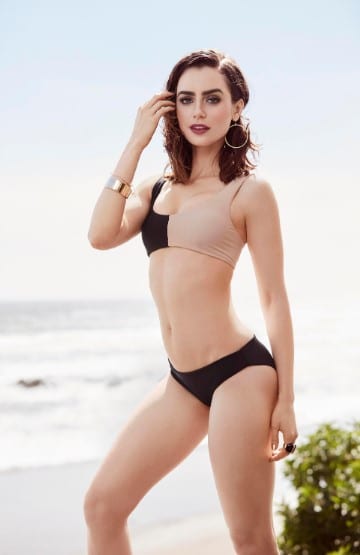 Lily stands at a decent height of 5 feet and 4 inches and weighs 51 kilos. She has an hourglass-shaped figure which measures 32-24-33 inches.  She is slim and wears a size 4.  The hazel-eyed and dark brown-haired beauty is very attractive and looks younger than her age.