Luka Garza is an American basketball player who plays for the Iowa Hawkeyes of the Big Ten Conference. He is a promising player, set to achieve great feats in NBL. As a junior, he was named a consensus first-team and Big Ten player of the year.

The 21-year-old Luka Garza was born on 27 December 1998 in Washington, D.C. His birth sign is Capricorn. He is American by nationality and is of half-Bosnian descent. He completed his high school education from Maret School. He is now a student at the University of Iowa.

As a former basketball player, Garza’s father taught him to play basketball. As a freshman at the high school, he couldn’t dunk a basketball until he was a sophomore. However, in his senior season, he achieved an average of 24.6 points, 11.7 rebounds, and 2.5 blocks per game. He left high school, becoming the school’s all-time leading scorer, with 1,993 points.

A four-star recruit, Garza began playing college basketball for Iowa. He scored 16 points on his college debut against Chicago State. He was named Big Ten freshman of the week in the next game against Alabama State, where he managed to score his first double-double of 11 points and 13 rebounds. He averaged 12.1 points and 6.4 rebounds per game as a freshman. 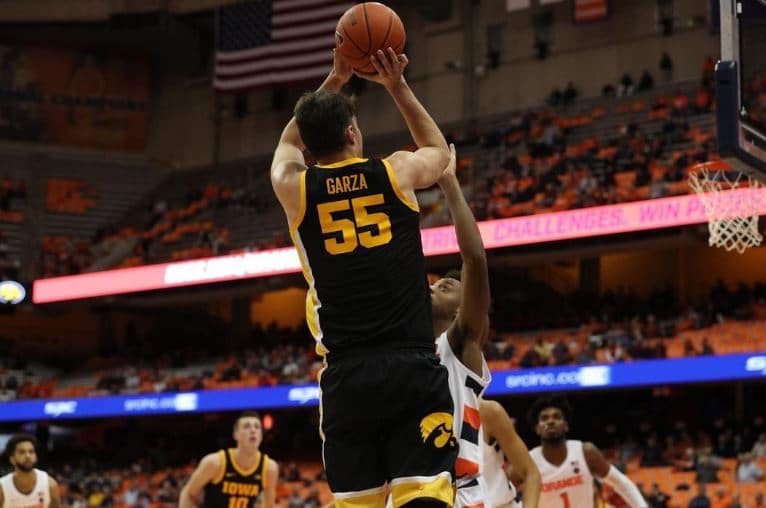 The college athlete has the ultimate goal to get picked in the NBL draft. They don’t receive any payment for playing from college. As Garza hasn’t started his professional basketball yet, his net worth and salary should be discussed later.

Garza has already found the love of his life. Though he hasn’t shared much about his love affair, he shares pictures of him and his girlfriend, Maggie Mynderse, on his Instagram.

Maggie often sits next to Garza’s father, cheering her boyfriend at the Iowa home games. She graduated from Mayo High School in Rochester in 2016. She earned a bachelor’s degree in journalism and mass communication from Iowa in 2020. Additionally, Garza’s girlfriend is a certified nursing assistant.

As both Garza and his girlfriend Maggie attended the same college, they seemingly met each other in college and started dating each other.

Garza was born to parents Frank Garza and Sejla Muftic. Basketball blood runs in the family for Garza. His father, who is of American origin, played collegiate basketball at Idaho. Meanwhile, his mother, who is of Bosniak origin, played professional basketball in Europe. His mother currently works at the Embassy of Bosnia and Herzegovina in Washington, D.C., as an executive assistant. 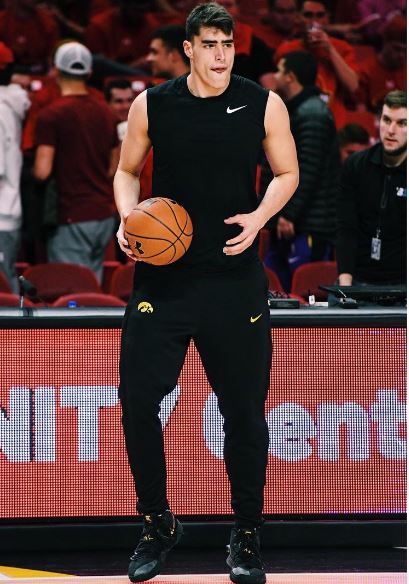 Garza is one of the tallest basketball players. He stood 6 feet 7 inches as a freshman attending high school. Now, he stands at the height of 6 feet 11 inches. He has a bodyweight of 263 lb (119 kg).