MacKenzie Bourg is an American singer-songwriter, mostly known as a contestant on season 15 of American Idol and the third season of The Voice. He has attained multiple top 5 positions on iTunes and Billboard.

Originally from Lafayette, Louisiana, the 28-year-old MacKenzie Richard Bourg was born on 11 September 1992. His birth sign is Virgo. He is American by nationality and belongs to the white ethnic group. He studied at St. Thomas More High School in Lafayette.

Bourg grew up as an aspiring athlete and played varsity basketball at high school. However, a sudden contraction of a virus that triggered congestive heart failure and forced him into an induced coma made him leave the sport. After recovery, he began to focus on music. 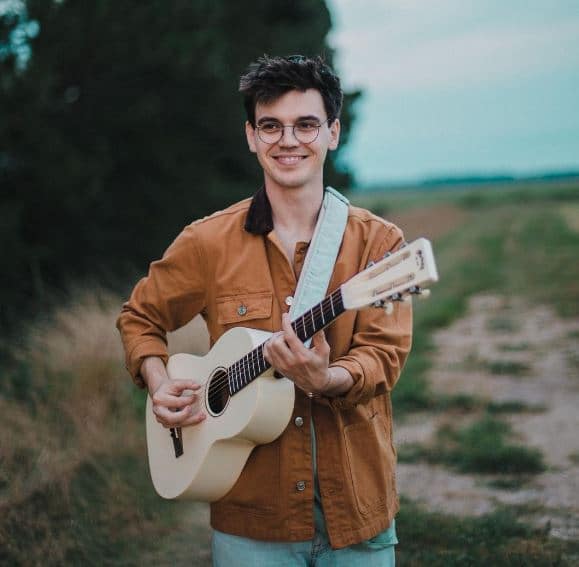 The aspiring singer won over audiences as a contestant on the third season of the singing competition The Voice, where he was a member CeeLo Green’s team. After appearing on the show, he dropped his debut EP Everyone’s Got a Story.

Bourg tried his luck on American Idol in 2016 but got eliminated out of the top 4 on 31 March. He released his debut single Roses through Big Machine Records in April 2016. The song debuted on the Billboard Rock Chart at number 4 and the iTunes Overall Chart at Number 3.

Since then, Bourg has dropped singles like Lost & Found, Playlove, and Big. His single Little Moon also listed in the Top 50 of the iTunes charts.

The Little Moon singer has a cute personality and is a heartthrob to many young ladies. However, he is seemingly taken and has been dating someone special.

Though Bourg hasn’t officially announced his relationship on any interviews or social media posts, he has uploaded a couple of photo with a mysterious girl on his Instagram. He seems to be trying to keep his love life away from fans and media as neither of the pictures reveals the face of his alleged girlfriend.

In one of the pictures, Bourg even wrote “1 in a zillion,” which gives us a hint that he has already found the love of his life.

Bourg was born to parents Rudy Bourg and Michelle Arceneaux. He grew up with a younger brother named Peyton, who is also an avid lover of music. His uncle had built him a custom electric guitar, which he learnt playing after getting hooked at writing songs at the piano.

Bourg stands at an average height of 5 feet 8 inches. He has a slim and thin body, and he weighs about 65 kg. He has a charming personality and has light brown hair.