Maria Valverde Rodríguez started her career with a bang as she won an award in the Best New Actress category in her debut movie in 2003. Since then, the actress has appeared in countless movies and has also appeared in a few English movies. Moreover, she has shared the screen with actors like Christian Bale, Ben Kingsley, and Joel Edgerton among many others.

Maria Valverde was born in 1987 in Madrid, Spain. She celebrates her birthday on 24th March, which makes her age 35. She holds Spanish nationality and comes from a mixed ethnicity.

Maria Valverde Net Worth and Salary

Maria started her career in 2002 after Manuel Martin Cuenca picked her among 3000 girls to be the lead actress in his movie, “The Bolshevik’s Weakness”. She played the role of Maria and won the Goya Award for Best New Actress. Later, she appeared in movies like Melissa P. and The Borgia.

Moreover, the actress also played in English movies including the 2009 Independent British drama film Cracks and the 2014 film Exodus: Gods and Kings. In 2015, the actress appeared in the drama Broken Horses. Her last appearances were in movies like Plonger, Galveston, Spider, Fever Dream, and Sound Like Love. As of 2022, Maria Valverde has an estimated net worth of $6 million.

Maria is married to her husband, Gustavo Dudamel. Her husband is a Venezuelan conductor and violinist who is the music director of the Simon Bolivar Symphony Orchestra. Nonetheless, the pair first met in 2016 in Las Vegas and tied the knot a year later in February 2017. Besides, the pair have also featured each other many times on social media, often with romantic quotes.

Before, Maria was in a relationship with a Spanish actor Mario Casas. The duo dated from 2009 to 2014 and starred in three movies together. On the other hand, her husband was previously married to Eloísa Maturén, a Venezuelan ballet dancer, from 2006 to 2015. They share a son, Martin Dudamel Maturen.

Maria has not disclosed the names of her parents.

However, the actress has featured them on her social media many times. Regardless, there is no information about her siblings, if she has any. 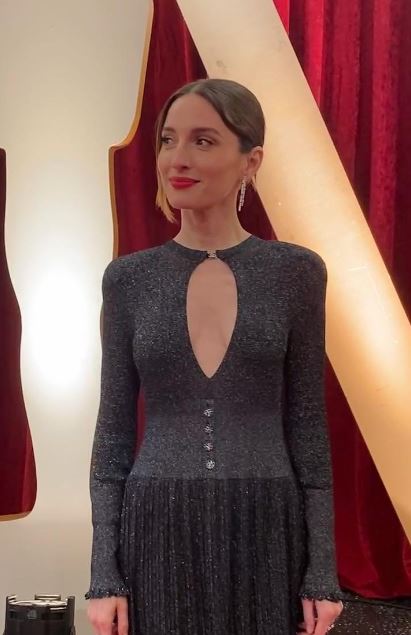 Maria stands at a height of 5 feet and 5 inches. Likewise, she has a stunning figure which measures 34-25-35 inches and weighs around 52 kg. Her facial features include her dark brown hair and light brown eyes.

How old is Maria Valverde?

Where is Maria Valverde from?

What is Maria Valverde’s real name?

Who is Maria Valverde’s husband?

Maria is married to her husband, Gustavo Dudamel.

How many children does Maria Valverde have?

Maria Valverde has a stepson from her husband’s side, named Martin Dudamel Maturen.

What is Maria Valverde’s net worth?

How tall is Maria Valverde?

What are Maria Valverde’s body measurements?