Mariahlynn is an American reality TV star, rapper, and songwriter who gained recognition by becoming the cast member of a VH1 reality show, Love & Hip Hop: New York. On top of that, she is a famous rapper who got fame from releasing a few compositions.

Mariahlynn was born in New Jersey in 1990. Every 17th of July, she celebrates her birthday and possesses the zodiac sign of Cancer. She holds an American nationality and possesses a mixed ethnic background. She is the daughter of Raphael Araujo and Tasha Jacoby Araujo. She has three siblings – brother Danny and sisters, Victoria, and Icelynn.

Before coming into the limelight, Mariahlynn had worked as a stripper to help her family. Then, she started working as a go-go dancer as well. Moreover, she was passionate about music and had composed raps since her young age. But, her works got rejected due to her troubled childhood. 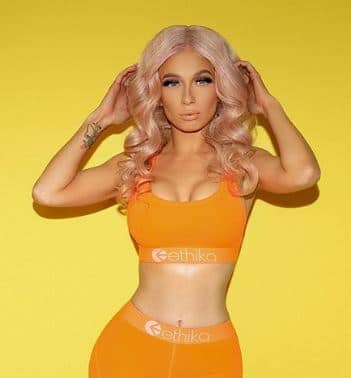 Eventually, Mariahlynn’s life got a chance after debuting in the VH1 reality show, Love & Hip Hop: New York in the sixth season. The show helped her gain fame as well as fortune. Also, her journey made several headlines and got a significant role as a rising performer. Not only that, but her romantic association with singer James R also gave the highlight for the show.

Then, Mariahlynn made her debut in rap by dropping the track named Once Upon a Time. Her single was promoted by one of New York’s famous DJs, DJ Self. After the hit, she even got offered a deal by DJ self. She dropped her next music project by featuring Adam Barta, Reina, and Dr. Miami in Peep Me Tonight. 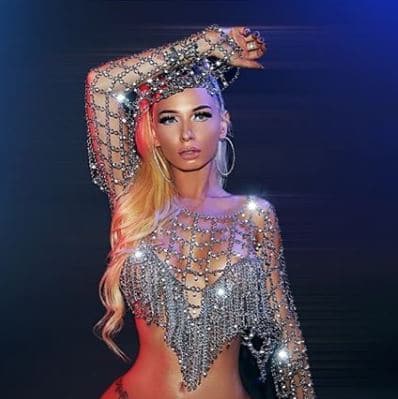 Moreover, Mariahlynn has released tracks like Too Much Money, Never Bitch, and Physical. Her works can also be seen through her self-titled YouTube channel.

Mariahlynn is dating her boyfriend named Rich Dollaz. Her boyfriend is the CEO of the management company called Dollaz Unlimited, which was founded in 2009. Their dating relationship came to limelight back in 2011, but the duo made it official from the reality show, Love & Hip Hop: New York. 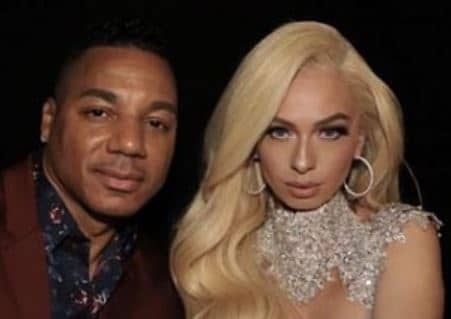 During the ninth season of the show, Mariahlynn said that they have been going through an on-off relationship for eight years. Moreover, she also addressed her pregnancy news on the show.

“Okay I am not pregnant. Unfortunately, when he found out he had diabetes, he got a vasectomy and we have been talking about kids for a while. So we’re trying to see about this reverse thing when he’s ready but I would one day like to be [pregnant].”

Mariahlynn was born in the Araujo family to parents Raphael Araujo and Tasha Jacoby Araujo. She holds the mixed ethnicity of Italian and Puerto Rican. Her father is from Puerto Rico, and her mother is from Italy. She was raised with three siblings – a brother Danny and sisters, Victoria Ramos, and Icelynn Jacoby.

Mariahlynn didn’t have an ordinary life during her childhood as her mother was an addict and spent most of the time in jail. Also, her father was locked several times in prison, as well. Due to that, she had her childhood in foster homes.

Going through hard days, Mariahlynn didn’t leave her family members. She continues to supports her siblings in every situation.

Mariahlynn has a tall height of 5 feet 11 inches and has a slim body structure. Also, she has black hair color now dyed and blueish eye color.

This article was first published on BioWikis.com