Matiss Kivlenieks was a Latvian professional ice hockey player who played for Prizma Riga, the Cleveland Monsters, and the Columbus Blue Jackets. He made his NHL debut at Madison Square Garden on 19 January 2020. Sadly, he passed away on 04 July 2021 in Novi, Michigan, U.S.

Originally from Riga, Latvia, Matiss Edmunds Kivlenieks was born on 26 August 1996 under the star sign Virgo. The 24-year-old was Latvian by nationality and belonged to the Indo-European ethnicity. He fluently spoke Latvian, Russian, and English languages.

Matiss started playing professionally for Prizma Riga in the 2011-12 season. He only played one game with the team, tailing 9.52 goals against the average. He then went to the Prizma U18 team, where he played only 12 games but had a 2.6 GAA.

Matiss then joined the Edina Lakers, which played in Tier III Minnesota Junior Hockey League. In February 2015, he served as an emergency backup for the Coulee Region Chill of the NAHL. He then joined the Coulee Regions Chill as a permanent player in the 2015-16 season. He reached Tier I junior hockey in the 2016-17 USHL season, leading the Sioux City Musketeers to win the Anderson Cup. He was named to the First All-Star team and won the league’s Goaltender and Player of the Year awards. 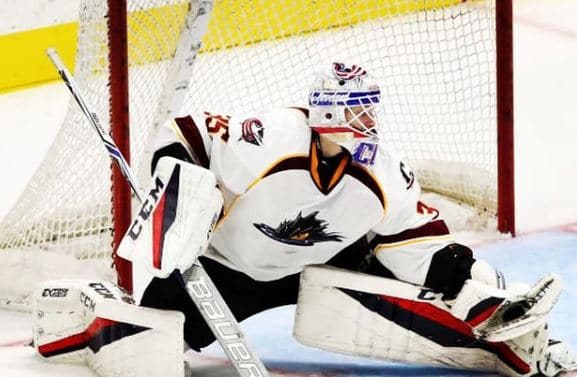 In May 2017, Matiss signed a three-year, entry-level contract with the Columbus Blue Jackets worth $2,497,500. The following season, he was assigned to the minors, joining the Blue Jacket’s American Hockey League affiliate team, the Cleveland Monsters. He earned his first NHL win in a 2-1 victory against the New York Rangers on 19 January 2020.

Matiss started the final two games of the 2020-21 Blue Jackets season. After the end of the season, he was considered a contender for the backup goalie position in Columbus.

According to several online outlets, Matiss’ net worth was $3 million before he died in a freak accident. His base salary was thought to be about $725,000 a year.

Died, Cause of Death, Funeral

On 4 July 2021, Matiss died in a freak fireworks accident at the Michigan home of the team’s goaltending coach. An autopsy determined that he died of chest trauma and not a fall.

The 24-year-old Matiss was in a hot tub when the fireworks mortar blast. He sustained a percussive injury from the blast, which triggered major damage to his heart and lungs. He was immediately taken to a local hospital, where he was pronounced dead.

It seems Matiss was single before his sudden demise. He hadn’t announced being in a relationship with anyone. His social posts also had no sign of him having an affair with someone.

Matiss lost his biological father when he was young. His mother and stepfather are restaurateurs. He had a younger sister. After watching his cousin’s practices, he had started playing ice hockey at age 3 or 4.

The goaltender had a tall height of 6 feet 2 inches. He had a fit, athletic body that weighed 81kg before he died. He had blonde hair and light brown eyes.