“Everybody is born to be different, that’s the one think that makes us the same. “

“Any body type is beautiful. It’s all about loving what you got and rocking it.”

Described as the “Most Likely Pop Star” by the Rolling Stone in 2014, Meghan Trainor is also considered as a role model and inspirational figure by the lots who are the victim of body image bashing and bullying all thanks to her lyrics that have always been against such practices and encourage people to love their self. Eventually, she became the “poster girl for larger woman” and “pop’s emblem for self-acceptance” and the quotes mentioned above are two such examples of this exemplary woman.

Meghan Trainor is an American Singer-Songwriter and producer, who has dabbled into both vocals as well as instruments. She is much known for her R&B, hip-hop, doo-wop and blues that she prefers over other genres.  In addition, she is quite skilled with Bass, Guitar, Ukelele, Keyboards, Percussion, Piano and Trumpet. She has been active since 2009. She is also one of the coaches at The Voice UK.

To date Meghan has three independently wrote, recorded and produced three independently-released albums from 2009 to 2011 (between ages 15 to 17). With three top-five singles in the Billboard Hot 100. Her studio album “Title” released in 2015 debuted atop Billboard 200 and was certified Triple Platinum by the RIAA. She has four ASCAP Pop Music Awards, two Billboard Music Awards, one People’s Choice Award and one Grammy Award in her name.  On Billboard Year-End Chart for 2015, she was seventh Top Artist and second Top Female Artist. 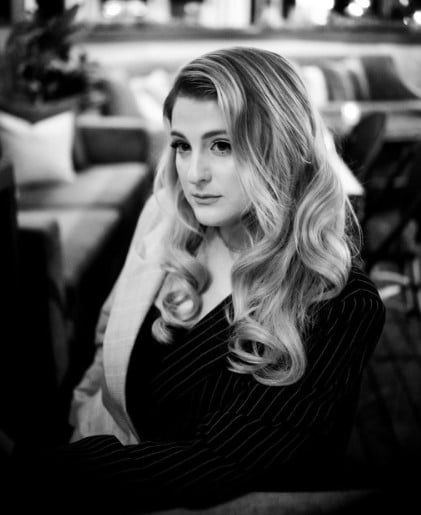 With Title (2015), Thank You (2016) and Treat Myself (2020) and success of all these it can be assumed that Meghan has not only garnered a massive fan following throughout the world but also has accumulated wealth throughout her career. Her concerts and tours even add to her income. Her net worth to date is a whopping amount of $8 million. In 2016. She had bought a 4.9 million worth mansion in Toluca Lake, Los Angeles which was previously owned by Meghan Fox and Brian Green which has 7,000 square feet structure, a swimming pool, a spa, and a guest house.

“Growing up, I didn’t get the talk of “Make sure boys take you on a date and treat you right”. SO I was the girl who wasn’t dating and would just text. I dated these guys who didn’t have jobs, and I would always be paying. At one point, I remember looking in the mirror and thinking, “You are too pretty and cool to be treated like this.”

This statement made by Meghan summarizes her early dating life. Later, however, she was linked with fellow singer Charlie Puth in the past.

Trainor began dating actor Daryl Sabara in July 2016 and got engaged on her 24th birthday on December 22, 2017. She shared the happy news with her fans via Instagram posting the picture that was captured by her older brother with the caption

“I SAID YESSSS!!!! For my 24th birthday, the love of my life @darylsabara made all of my dreams come true.  He proposed to me under a tunnel of beautiful Christmas lights and surprised me with my family and friends. I am still in shock. I’ve never been this happy!”

A year later they got married on her birthday.

Meghan was born in Massachusetts to jeweler parents Kelli Trainor and Gary Trainor. She was the second child to her parents and grew up together with her elder brother Ryan Trainor and Younger brother Justin Trainor.  She began singing at the age of six in the church from her father, teacher, and organist. She grew up in a very supportive environment where her family members encouraged her to partake in singing very early in her childhood.  Her father had always been her guide who encouraged her to experiment in music.

Meghan’s family moved from Nantucket to Orleans when she was in eighth grade and later relocated to North Eastham. She attended Nauset Regional High School where she played guitar, learned trumpet and became a member of the jazz band for three years.  Her parents were the ones who encouraged her to attend the singing conventions and they even set up a studio for her at home.

Having a larger frame than the conventional standards had discouraged Meghan earlier in her life. She had always been brave enough to talk about her eating disorder and even talked about being conscious enough to go anorexic and not being strong enough to accept herself.  Later she even partnered with plus-size retailer FullBeauty Brands as a consultant to create clothing for women with varying body sizes. This enough made her a darling by the plus-sized women out there. 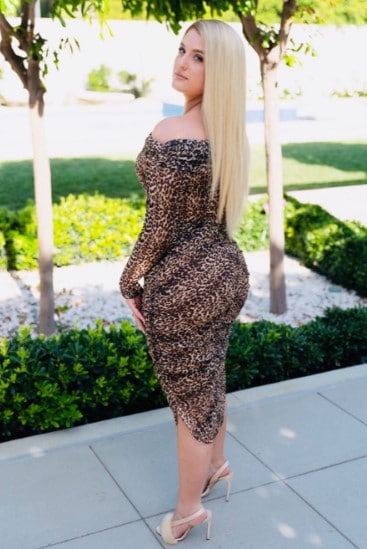 “The queen of acceptance” as aptly named by people, accepts herself and is not a very big fan of dieting. She likes eating whatever she wants. She has an average build that measures 39-29-39 inches and stands at an average height of 5 feet 4 and a half inches over her 68 kilos frame.  Her green eyes compliment her fair skin and blonde hair enhances it even more.