For any aspiring artist being able to share screen with veteran actor like Will Smith and on top of that performing the character of a protagonist is definitely a dream come true.  The same was true in case of the Disney’s live action movie fame actor Mena Massoud.

The Egyptian-Canadian actor became popular through movie Alladin which released on March 24, 2019. Born on September 17, 1991 he is 28 years old as of date.  Despite being born in Cairo, Egypt, his family migrated to Canada and settled down in Markham, Ontario.  He has had an avid interest in acting since his childhood and he didn’t hesitate to accomplish the feat. Thus the mentioned movie was the result of his hard work and dedication.  He has yet to accomplish more and the world is yet to see his potential. Being able to act alongside the veteran actor Will Smith is something to be very proud of.

He made his debut through the CW series Nikita. Considering his Middle Eastern Feature, he was cast as a member of Al Qaeda.  Though the role was significantly small, it marked his entry in the field of acting. Following these, he appeared in Poser, Combat Hospital, The 99,  and What Happens Next.  He was noticed by many during his appearances  in 2012 “Cut to the Chase and King”, “Saving Hope” and Tom Clancy’s Jack Ryan. Mena’s biggest and the most significant break turned out to be the Disney’s remake of the Classic Aladdin which not only showered him with appreciation and fan following, but also escalated his career prospects.  As of yet, it can be said that this is the major highlight of his career. 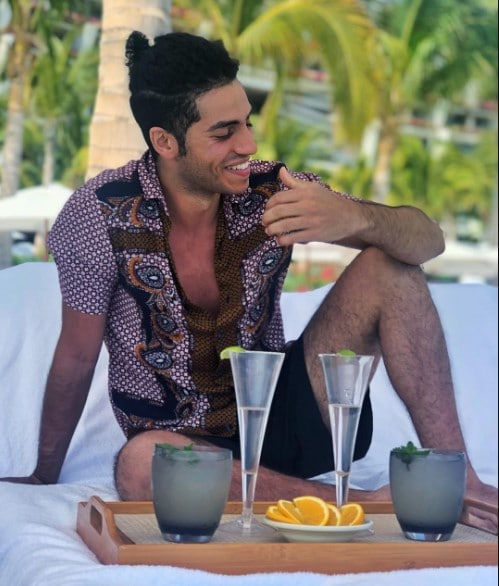 He has often mentioned that it was a great honor for him to be able to perform one of his favorite classic tales and that too beside the icon Will Smith. Also considering the fact that he didn’t even have to go through auditions for the role and with the well received reviews after the release, it can be said that he has a great potential and can even represent the people of color and ethnicity in Hollywood. He has mentioned himself, at numerous times of his inclination towards comedies and he would like to have comic roles in future.  As of 2019, he is involved with another Television project, Reprisal where he plays the role of Ethan Hart who is one of the protagonists.  He was nominated for Teen Choice Award and has a “GQ Men of the Year Award- Breakthrough Talent” in his name. Considering his past and current projects, he must have had significant incomes throughout. His net worth, however, is under review.

Few rumors have surfaced regarding his love life. One of such rumors is him being a gay. Since there had been no news about his relationships and hookups, few people talked about his homosexuality.  Mena has chosen not to respond to such. Besides that, there had been some reports of him dating Carly Sellen which was left unverified.

His instagram post with someone holding his hand raised a lot of speculations; however no news regarding the identity of woman has surfaced till date. At times he is found praising and spreading a lot of good words about his co-actor Naomi Scott and this caused yet another round of rumors for Mena.  With no confirmation from either side, it can be said that he is still very much single.

His personal and early life is very much a secret as there are few things known to public about it and his parents name is one of them. Though it is known that he has two sisters, one of whom is named Margaret and another name is unknown.  He was raised by Coptic Christian Family and he had attended Brother Andre Catholic High School.  After high school, he joined University of Toronto to study neuroscience but quickly dropped out of it. Eventually, Mena graduated from Ryerson University in Theater and Acting. 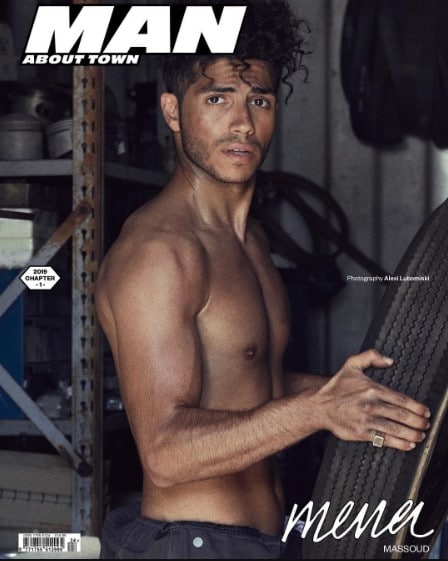 A follower of sports and an a health fanatic, he likes maintaining himself. With the same view he prefers vegan diet and regular exercises. He had been a part of School Basketball team for years and horse-riding is one of his passions besides motorbike. With his middle-eastern princely looks, black eyes and brown hair  gathering so much attention, no wonder he likes keeping himself fit. He stands tall at a height of 5 ft. and 8 inches. He has a lean athletic body with 40-31-35 inches measurements. He weighs around 73 to 75 kgs.