Mena Suvari is an actress, designer, and model who has appeared in many movies and TV shows over the years. However, she earned a huge spotlight appearing in the comedy movie American Pie. However, Mena has been making headlines after announcing her memoir, The Great Peace: A Memoir, which reveals the sexual abuse and drug addiction before her success. Likewise, the actress is also known for her failed marriage, but she might have found her “the one” on her third try.

Mena Alexandra Suvari was born in 1979 in Newport, Rhode Island, U.S. She celebrates her birthday on February 13, which makes her 42. She holds American nationality and comes from mixed ethnicity of Greek and Estonian. The actress attended Providence High School.

Mena started her acting career in the TV series Boys Meets World and ER at ages 15 and 16. After appearing in series like High Incident, Chicago Hope, and Atomic Train, she earned the spotlight playing the role of Heather in American Pie and Angela Hayes in American Beauty. Both movies enjoyed commercial success. She also reprised her role in American Pie 2 and American Reunion. Later, she appeared in movies like Sonny, Spun, Trauma, Domino, Beauty Ship, Factory Girl, and Caffeine. Her recent appearances were in movies What Lies Below, Hide, Locked In, Paradise Cove, and Reagan. 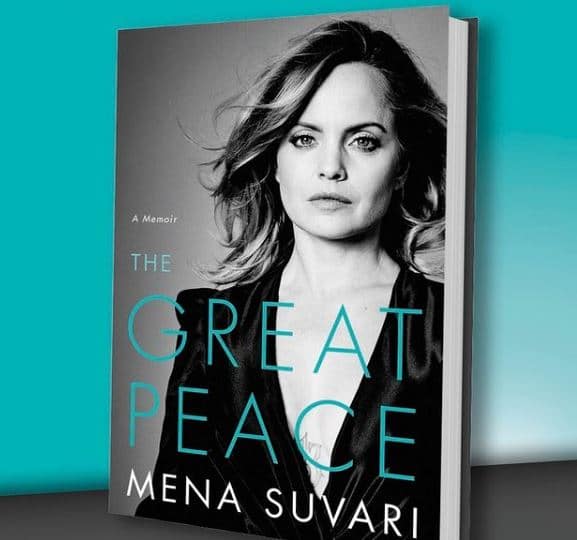 Mena has also appeared in many TV shows over the years, including Six Feet Under, Psych, The Cape, American Horror Story: Murder House, South of Hell, Psych: The Movie, American Woman, and American Horror Story: Apocalypse. Likewise, she has also worked as a model and has modelled for Lancome cosmetics and appeared in magazine ads for the company. As of 2021, Mena Suvari holds a net worth of $7 million.

Most Mera fans might be aware that the actress comes from two failed marriages. She was first married to cinematographer Robert Brinkman. The pair tied the knot on March 4, 2000. However, after being together for five years, the marriage ended with a divorce in 2005. In 2007, the actress started dating Italian Canadian concert promoter, Simone Sestito. The pair met at the 2007 Toronto International Film Festival and were engaged in July 2008 during their vacation to Jamaica.

Likewise, Mera tied the knot for the second time on June 26, 2010, in a private chapel in Rome. However, nearly two years later, on January 13, 2012, Mera filed for divorce, which was finalized in October 2012. However, Mera found love for the third time with her husband, Michael Hope.

The duo met in 2016 and tied the knot in October 2018. Moreover, on April 2021, the couple welcomed their son, Christopher. The actress resides happily with her husband and son.

Mena was born to her parents, Candice and Ando Suvari. Her mother was a nurse, while her father is a psychiatrist. Likewise, her family also includes her three older brothers, AJ, Sulev, and Juri.

Mena possesses a height of 5 feet and 3 inches. Likewise, she has a well-maintained fit body. The actress possesses blue colored eyes and blonde colored hair.