Michaela Coel, aka Michaela Ewurba Boakye Collinson,, is a multi-talented girl pursuing her career as an actress, songwriter, poet, and many more. However, she came into the limelight after being awarded the Alfred Faagon Award for writing the play Chewing Gum Dreams.

Michaela was born on 1 October 1987 in London, England. She currently ages 32 and possesses the birth sign of Libra. She is British by nationality and holds the ethnicity of mixed. She went to Catholic Schools in East London for her schooling. Then from 2007 to 2008, she went to Birmingham University to pursue a study in English and Literature and Theology. Later in the year 2009, she went to the Guildhall School of Music and Drama, where she became the first black woman to get enrolled for five years.

Michaela started her professional career with +poetry open mics in Ealing from 2006. While continuing open mics, she came under the eye of actor and director Che Walker at the Hackney Empire. After that, she started performing her poetry on stages including Wembley Arena, Nuyorican Poets Cafe, and many more. 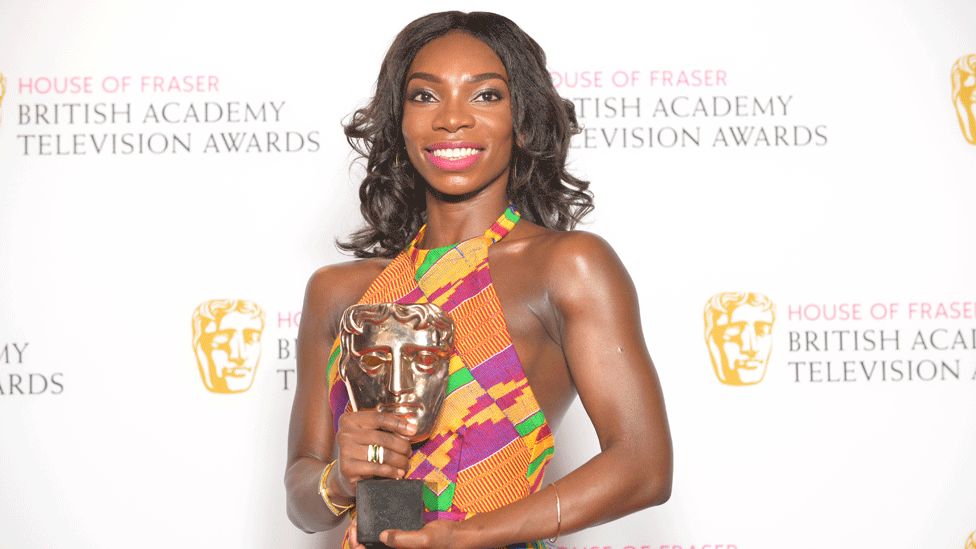 However, her career as an actress started from 2013, after being cast in the Top Boy portraying the role of Kayla for two episodes. The same year, she portrayed a maid’s role in the series named Law and Order: UK.

Working as an actress, Michaela has accumulated an estimated net worth of $2 million.

Michaela Coel was born to Ghanian parents. However, information regarding their name is yet to be disclosed. She was brought up alongside her older sister in London.

Michaela is blessed with decent body measurements. She stands tall at the height of 5 feet 5 inches and weighs about 48 kilograms. She has black colored hair with pairs of beautiful black glowing eyes.