Mike Brewer is a renowned presenter of television motoring shows, best known as the presenter of Discovery Channel’s series Wheeler Dealers. Along with that, he is a journalist, campaigner, producer, motoring enthusiast, and family man. He has won several awards including Broadcast Journalist of the Year twice and the Royal Television Society’s Best In-Vision Personality.

Originally from Lambeth, London, Mike Brewer was born on 28 August 1964 under the star sign Virgo. The 56-year-old motoring enthusiast is British by nationality and part of Anglo-Saxon ethnicity.

Brewer has mostly been a part of the Discovery Channel. During his longtime career, he appeared in several Discovery’s shows such as Deals on Wheels, Auto Trader, Wrecks to Riches, Frontline Battle Machines, Wheeler Dealers, and Wheeler Dealers Trading Up. Besides, he appeared on Channel 4’s Driven and ITV1’s Pulling Power.

Additionally, Brewer presented the British Rally Championship on Sky Sports and presented a show called Remote Madness. He has also appeared in a TV series called Revved Up.

In addition to his TV career, Brewer has also ventured into business. He is the owner of Mike Brewer Motors, which he opened in 2012. The dealership has bases in Luton and Sheffield. 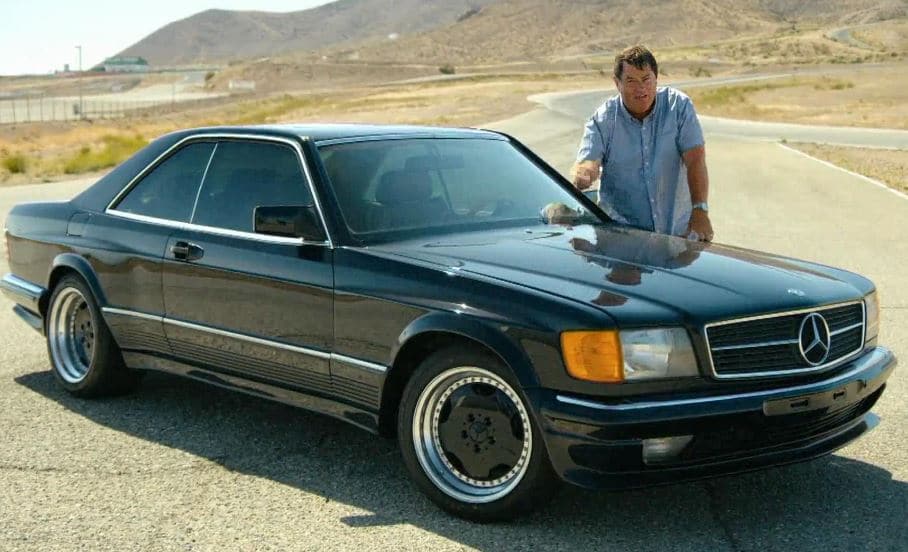 Brewer lives a luxurious lifestyle. He accumulated most of his net worth from the Discovery’s show Wheeler Dealers, which he joined in 2003 and is still the part of the show. In 2020, he also appeared in the spin-off series Wheeler Dealers: Dream Car along with Marc “Elvis” Priestly. As of 2020, Brewer has an estimated net worth of $1.5 million.

Brewer leads a successful married life with his longtime girlfriend turned wife. He is married to Michelle Brewer. Before exchanging wedding vows in 1992, he and his wife dated for over a decade.

In 2020, the duo celebrated their 28th marriage anniversary. They share only one child, daughter Chloe.

The television presenter was born to parents Roger Wilks and Doreen Fitzgerald. His father, Roger, was the owner at one point of a Ford Popular called “Pinball Wizard.” He discovered his passion for motoring while watching his father involved in vehicle customizing.

Brewer has a decent height of 6 feet. He is somewhat overweight and weighs around 105 kg. He has brown eyes and light brown hair.