The man who tried to prove the flat earth conspiracy, Mike Hughes, died while attempting his rocket test after it went the wrong turn. He was an American limo driver and daredevil who gained the limelight for flying in self-built rockets. Not only that, he was a Guinness world record holder for jumping 103-foot in a Lincoln Town Car stretch limo.

Mike Hughes was born in Barstow, California, in 1955. But, he had gushed about his birthday publically. However, he holds the American nationality and white ethnical background. Mike is also known for Amateur manned rocketry Flat-Earther.

Daredevil and Amateur rocket-engineer, Mike Hughes died aged 64 on the 22nd of February 2020. He died while attempting to his homemade rocket in Amboy, California.

Mike, along with Waldo Strakes, built a homemade steam-powered rocket whose intention was to fly 5000 feet in the year. Also, their homemade rocket was for a Science Channel series, Homemade Astronauts. 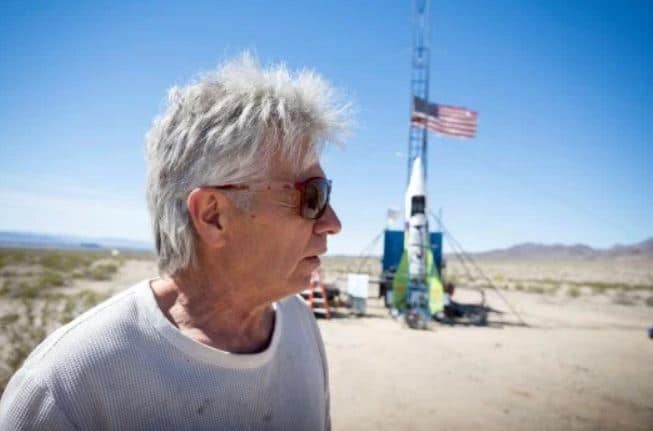 The San Bernardino County Sheriff’s Office said, rocket crash off highway 247 in Barstow, California, on Saturday afternoon. They announced that Mike was dead on the spot after his rocket crashed in the open desert during their launch event.

After Mike’s death, Science Channel mourn with condolence by saying,

“Our thoughts and prayers go out to Mike Hughes’ family and friends during this difficult time. It was always his dream to do this launch, and Science Channel was there to chronicle his journey”

Nevertheless, Mike Hughes’s funeral hasn’t been revealed yet. With time their family will shares his funeral information publically.

Mike Hughes started to gain the limelight after setting a Guinness world record holder for jumping 103-foot in a Lincoln Town Car stretch limo. Then, on the 30th of January 2014, he was known for making the first manned rocket, which flew 1,374 feet within over one minute over Winkelman, Arizona.

However, his landing led him three days to recover. Mike even stated that he was in a walker for two weeks from the injuries.

In the year 2016, Mike launched a program to make a rocket but failed by earning $310. After he shared his belief of a flat earth, he gained support from the Flat-Earth community.  Eventually, he successfully raised the $7,875 fund from the campaign.

In November 2017, Mike claimed to give verbal permission from the Bureau of Land Management, which was approved, whereas the Federal Aviation Administration kept is pending approval. 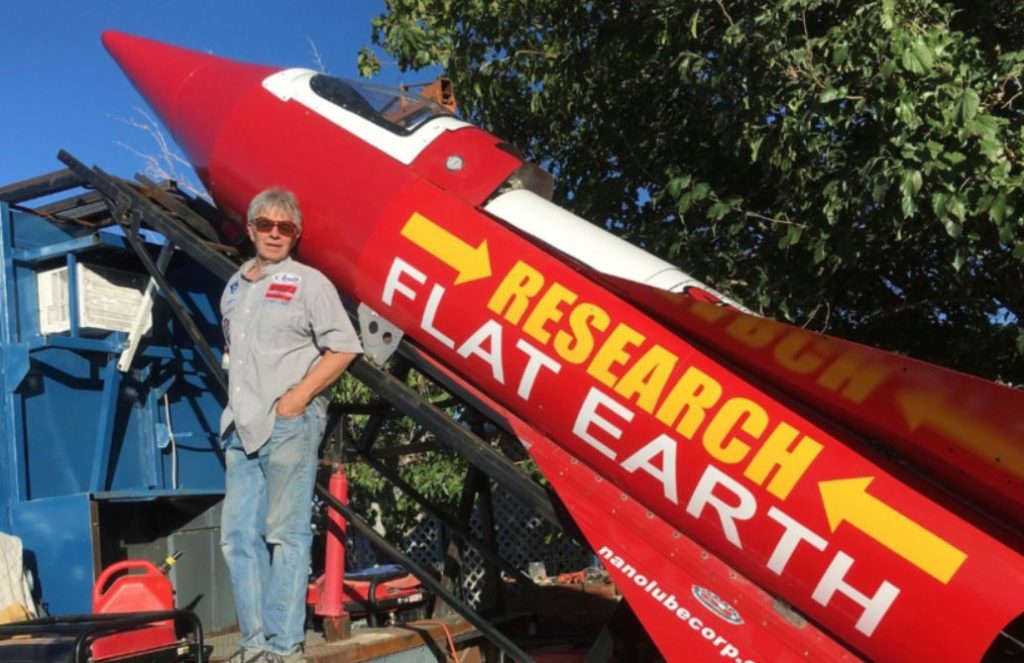 On the 3rd of February 2018, Mike began his live-stream, where his rocket steam release malfunction leading the launch aborted. But, on the 24th of March 2018, he was successful in reaching the height of 1,875 feet and had a hard landing in the Mojave desert. Then, he planned to launch the rocket on the 10th of August 2019, which was postponed.

Before his death, Mike had lived a married man. However, he hadn’t shared any further information regarding his marriage and who is his wife. As he knew how to keep his professional and personal life maintained. Not only that, his children’s identity remains confined.

Mike was born in the Hughes family and possessed a white ethnical background. He is known for other names like Mad Mike Hughes and Daredevil.

Mike’s height and weight hadn’t been disclosed publically. But, he had white and black hair color and black eye color.