Mike Perry is a professional MMA fighter who is well recognized for competing in UFC at the Welterweight division. Recently, he came to limelight after his nose got shattered by Brazilian-American Vicente Luque.

Mike Perry was born as Michael Joseph Perry on 15 September 1991 in Flint, Michigan. However, now he resides in Orlando, Florida, US. He kept on moving between Michigan and Florida earlier, so he had to join different schools. And that instability led him towards house arrest, jail, drugs, and probation violation.

Mike made his debut on September 2014. He had an amateur fight record of 8-3 competing in 11 matches. After a couple of years on August 2016, he made his UFC debut against Lim Hyun-gyu, who he defeated via TKO. Since his debut, he has competed in a total of 18 matches out of which he has 11 knockout wins and two decisive wins whereas he has lost one match with submission and four matches with a decision. His UFC opponents include Danny Roberts, Alan Jouban, Alex Reyes, Max Griffin, Paul Felder, and many other stars.

He even made his professional boxing debut against Kenneth McNeil on 28 March 2015. However, he lost the game with a technical knock out (TKO).

He has faced a lot of ups and downs in his career but has never given up. And his hard work paid him off well. However, talking about his net worth, the details remain confined.

Mike is married to wife, Danielle Nickerson- an interracial couple. They exchanged vows on 8 September after the pair got engaged on 17 February 2019- a couple of days after Valentine’s Day. 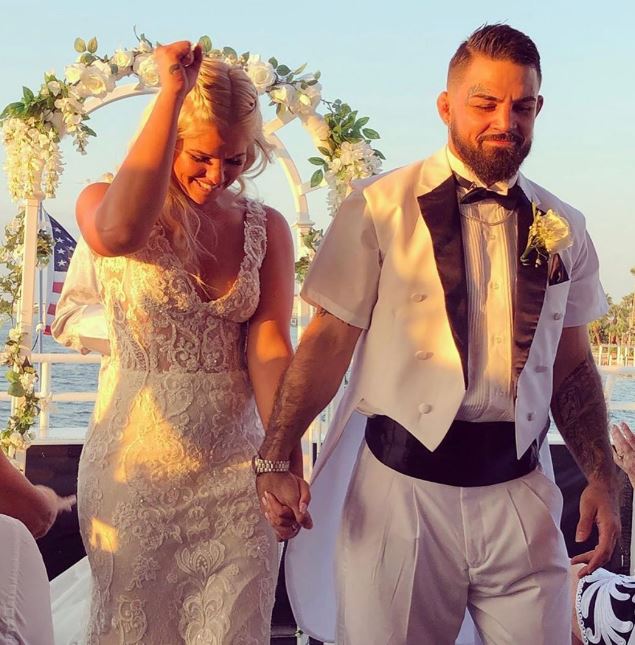 Mike shared the engagement news via Instagram with his 413k followers. Days before on 14 February, he shared a short video on his Instagram and captioned:

I wanna live like a drug dealer but I wanna be glorious, being with Danielle makes me feel victorious, I’m low key black with my white girl we look like Oreos, relationship goals we so notorious! #MyPast #MyPresent #MyFuture @platinumprincessofficial Love you baby ! Happy Valentine’s Day ! Thanks for the video of mostly cool pics of me ! We gotta take more pics together 🥰

Before getting engaged, they dated for a long time. However, they did not have a smooth ride. The road to love was full of ups and downs, but they faced the obstacle together.

Mike was brought up by his father in the Navy in Apopka, Florida. However, details about his mother remain undisclosed. He shares three siblings- one brother and two sisters. 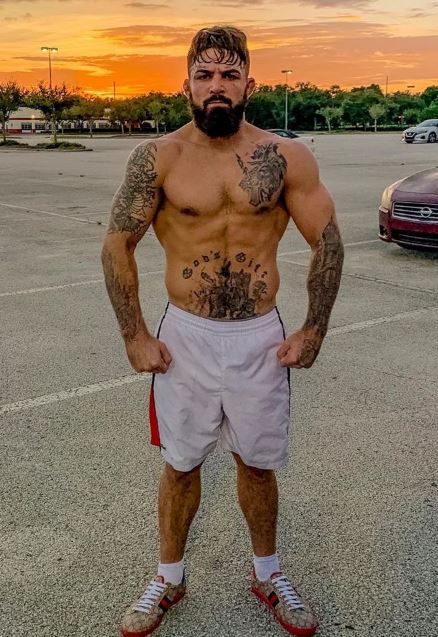 Mike, as a professional fighter, has maintained a proper body structure. He stands tall at the height of 5 feet 10 inches and weighs 77 kgs. He has short black hair and dark brown eyes.