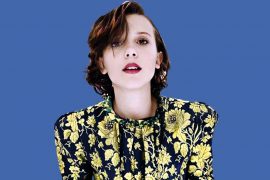 Born on 19th February 2004, Millie Bobby Brown’s hometown is in Marbella, Andalusia. She holds British citizenship and belongs to Caucasian ethnicity. Her zodiac sign is Virgo. The 14 years old actress will be turning 15 years in next February 2019. She was born in the house of Kelly and Robert Brown. She has three siblings namely Ava, Paige and Charlie Brown.

Millie debuted in Hollywood from ‘Once Upon a Time in Wonderland’ drama series in 2013. In the same year, she was offered a role on novel-based TV series named Intruders. Other than that, she has worked on several other projects including NCIS, Grey’s Anatomy, and Modern Family. However, she rose to fame after working for Stranger Things. 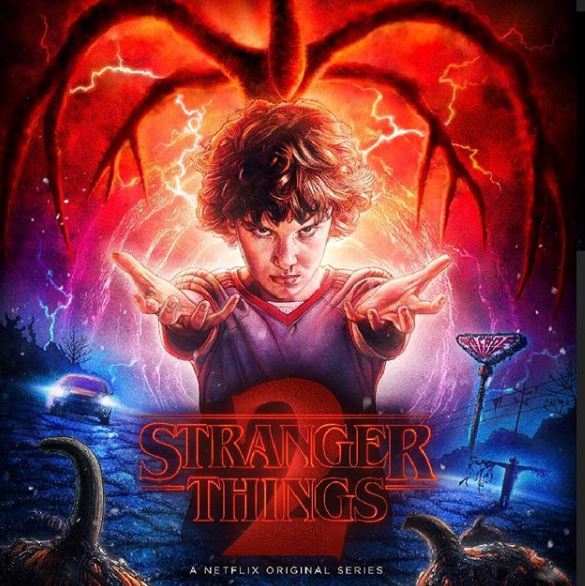 Brown applied for Stranger Things via audition held in the UK. Later she mentioned how the audition went:

‘I had to cry in the audition. My emotions were so raw, I hit it out of the park.’

She worked together with Finn Wolfhard, Winona Ryder, Caleb McLaughlin, Gaten Matarazzo, and Noah Schnapp. In this year, she produced a film based on Enola Holmes. She has signed a movie, Godzilla: King of the Monsters as Madison Russell releasing in 2019.

Millie has made her profession so intense that her net value increased from mere thousand dollars to millions. The estimated net value of Millie is over $3 million as if 2018.  Solely for acting in two seasons of Stranger Things, she was paid almost $30 thousand per episode. A source mentioned that her father asked to increase her per season pay to $100 thousand. Another source also claimed that she might raise her to pay up to $4 million per movie. 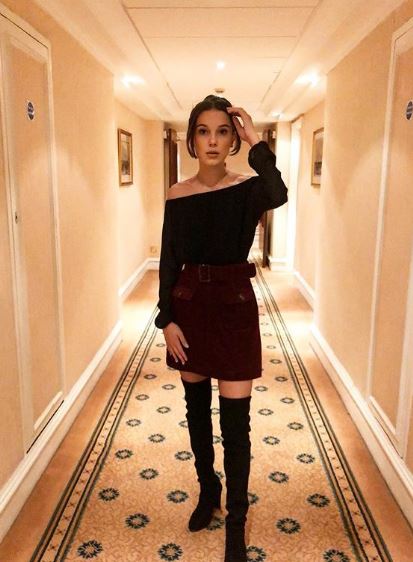 Brown’s income source also includes her YouTube Channel named Millie Bobby Brown Central. It is estimated that her monthly income from video host is between $172-$2.8k which is almost $2.1k to $33.1 thousand a year. She also owns $1k valued English Mastiff dog.

everyone is beautiful. Especially this pup 💞

Millie has also endorsed some popular brands like Calvin Kevin, and Converse sneakers. Being a style icon, she has appeared in events sponsored by Gucci, Calvin Klein.

Brown is officially out of the market, as she has already found love. Her boyfriend is Jacob Sartorius, who is a singer by profession. According to the report, the beautiful pair started their relationship in the year 2017.

Millie with her boyfriend Jacob on Valentines Day

If we look into Millie’s Instagram profile, we get to see their love life together. Back on 31st December 2017, she shared an Instagram story featuring her boyfriend, Jacob. 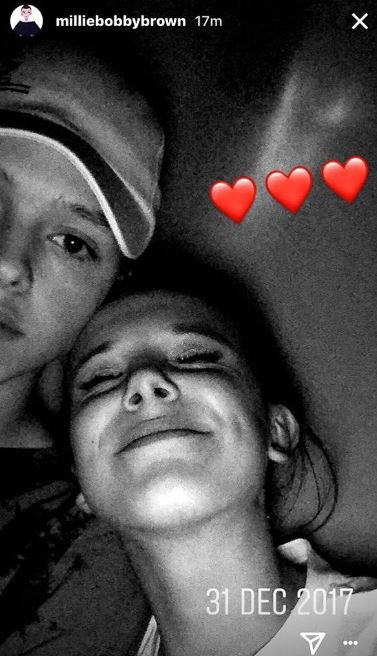 Moreover, we can see their love life in other pictures too. They are seen flaunting themselves together in most of the events.

Millie was born in 2004, to the house of Robert and Kelly Brown. Her father was former real estate agent while her mother is a housewife. She has three siblings, two sisters named Paige and Ava, and one older brother named Charlie Brown. 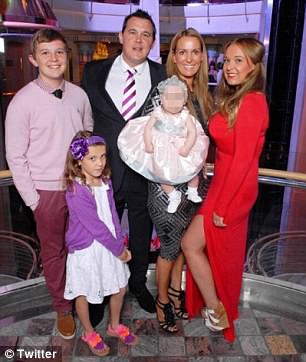 Millie with her parents and siblings

To enhance Millie’s career, her parents went through a lot. Her wiki source mentioned that they had to borrow some cash from manager too.

Millie is decently tall with the height of 5 ft 3 inches and weighs 47 kilos. Both her eyes and hair is dark brown in color. As she belongs to white British ethnicity, her skin color is white. She has a slim body of which, measurements are not provided.