In the world of wrestling, Mojo has named himself as a ring man, and pro player. He is also a football defensive lineman who later started being a fulltime wrestler. He is currently on the SmackDown mark and is shinning. His professional life is widely known, but not much from his personal life. Let’s know more about him through this wiki!

Born on 17th July 1986, Mojo Rawley’s hometown is in Alexandria, Virginia. He holds American citizenship and is of white Caucasian ethnicity. His real name is Dean Muhtadi. The 31 years old wrestler will be turning 32 years in this July 2018. He was born to T.J. Muhtadi and Maria Muhtadi-Roach’s house and has four siblings; Casey, Garrett, Tammy and Lena Muhtadi. He went to T.C. Williams and West Springfield High Schools.

Mojo started his career as a footballer. While being active in football, he attended T.C. Williams High School. From 2004-2005, he started senior football vocation. He was football defensive lineman for Division III Christopher Newport University.

After retiring from football, he made an agreement with WWE, NXT and started his career as pro wrestler in 2013. Since then he is active in wrestling and is known for his fighting style. 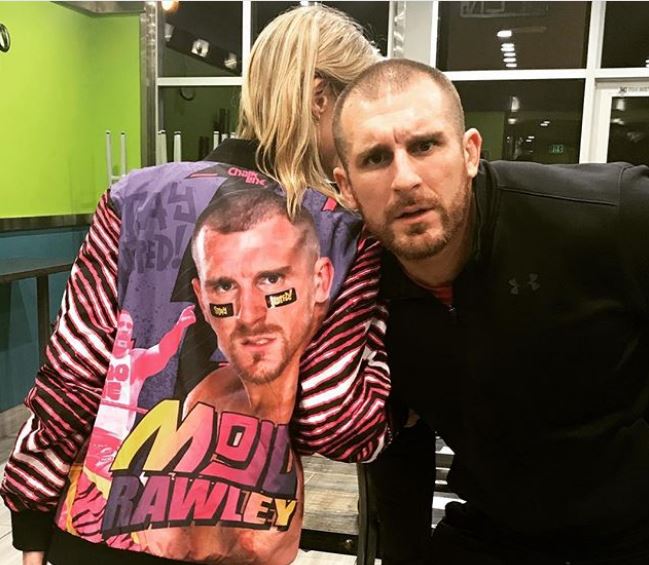 Mojo’s personal life and affairs are something that concerns the most to his fans and followers, as he never shared anything publicly. His relationship status, affairs, and sexuality’s information are confined deep underground.

He is too focused on his career, thus he never hinted about his relationship and affairs. But wait, according to some sources, Mojo is over the head of female wrestler Alexa Bliss. The recent tweet of his proved the suspicion as he claimed himself:

‘I don’t get to see @AlexaBliss_WWE often, but when I do, I creep on her.’

Mojo is quite a tall guy with the height of 6 ft 4 inches and weighs 132 kilos. His body is not masculine but loves to keep himself hit. As he belongs to white Caucasian ethnicity, his skin color is white. Both his hair and eyes are brown. The information regarding his body measurements is not disclosed yet.