Mychael Amaya, aka Mychaelade, a Brazilian social media personality, came to prominence with the help of a social platform called TikTok. In 2018, he got more than 50 million hearts and started to get acknowledged by fans for his unique lip-sync videos, fandubs, dance, and comedy videos. As of 2019, he will be on the Social Media Meet and Greet Tour, Lights Out in July.

Mychael was born in Brazil on 30th November 2001. His nationality is Brazilian, and his birth sign is Sagittarius. Later, he and his mother moved to the USA and lives in Dover, New Jersey.

Social Media has been boon for youngsters of the 21st century as they are getting the platform to showcase their talent. Likewise, Mychael shares the same story as he used the platform, TikTok, to exhibit his ability.

He began using TikTok since 2016 and saw massive growth in 2018 when he got more than 50 million hearts in the TikTok app. As of June 2019, he has gained 4.4 million followers on TikTok and reached 218.4 million hearts in his videos. Also, he will be touring with Sam Hurley, Kevin Perry, and others for a Social Media Meet and Greet event organized by Lights Out Tour in July. 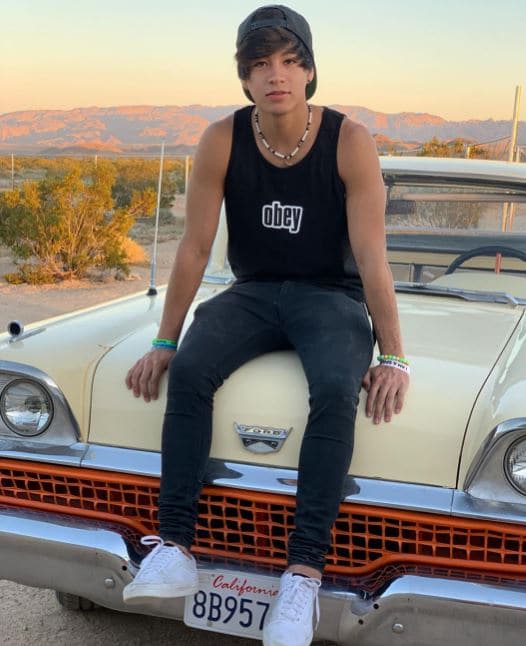 He works under Vivid Management, which organizes all his events and works. With this kind of work schedule, his net worth should be in high figures. However, Mychael’s net worth is not made public.

Mychael is a 18-year-old boy whose rise in the Social Platform has been a fairytale affair. His appealing looks have garnered many followers on his Social Platforms, and they are curious to know about his relationship status.

In May 2019, Mychael posted a video with Sarah about the friend zone, and his fans seem to think he is possibly single. Also, he has not been linked with girls in the past.

Mychael was born in Brazil, but his mother raised him in Dover, New Jersey. There are no details about his father, but he has a younger brother and often features him on his Instagram account.

For a 18-year-old, Mychael has a well-maintained physique and stands tall with a height of 5ft and 6inches. He has dark brown hair color with brown eyes.