A prominent French footballer, Nathael Julan, was on his way to becoming one of the rising players in France before a tragedy struck, which cost his life. He played from forwarding position and last played for Guingamp. Sadly, his legacy was short-lived, and the French football community will always remember him as a young player who went too fast.

Nathael Julan was born on July 16, 1996, in Montivillers, France. He was 23 years old at the time of his death and possessed the birth sign of Cancer. He held French nationality and came from Guadeloupean ethnicity.

Nathael Julan passed away after he struck through an unexpected accident on his car on the first week of 2020. He was returning from home on his car, Audi Q5, and came across the accident in Pordic, France, around 15:00 GMT at age 23. His death brought sadness among his football team and family members.

Likewise, his team, Guingamp confirmed his death through a statement which read,

“The club had the immense pain of learning this afternoon of the accidental death of their player Nathael Julan.

“On this tragic day, all the members of the club join together to send their condolences to Nathael’s family.”

Similarly, Ligue 1 also posted a tribute to the player saying,

“We would like to offer our sincerest condolences to the family and friends of Nathaël Julan and Guingamp.”

Unfortunately, there is no information on when and where the funeral is going to take place. Likewise, his family also has not spoken about his funeral as of now.

Nathael only started his professional career after signing with Le Havre on June 30, 2016. He later played for Guingamp in 2018. On 10th January 2019, he joined Ligue 2 side Valenciennes, until the end of the season. 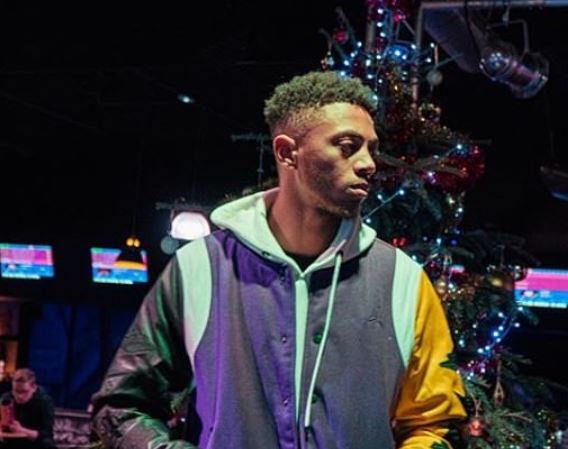 Before his death, Nathael was committed to his lovely fiancée, Marina, who was 23 years old. He and his fiancée often appeared on Instagram with adorable poses. Although he had not shared much on his relationship, the couple were engaged and in their way to marriage but had not shared the date of the ceremony.

He and his fiancée met when Nathael joined in Le Havre before eventually joining Guingamp in 2018. His last picture with his girlfriend is him talking a mirror selfie. At the same time, his fiancée comfortably sits on a chair using her phone. The photo captioned

Nathael had not shared much about his parents and early life. However, he had shared a picture of his mother recently with a caption “G R A T E F U L.”

The French player stood tall with a height of 6 feet and 5 inches and weighed around 83 kg.