Nicholas Gonzalez is an actor who is recently praised for his role as Dr. Neil Melendez on the TV series The Good Doctor. Nonetheless, many were shocked after his character died at the end of season 3. Before his recent breakthrough, the actor had many noticeable roles, including Alex Santiago on the Showtime TV series Resurrection Blvd. Regardless, many are interested to know more about the actor after his recent departure from The Good Doctor.

Nicholas Edward Gonzalez was born in 1976 in San Antonio, Texas. He celebrates his birthday on January 3, which makes his age 45. The actor holds American nationality and comes of Tajeno descent. He attended Central Catholic High School and graduated from Stanford in 1998.

Nicholas started with small roles in series like Dharma and Greg and One World. Later, he played the role of Fidel Castro’s son in the movie The Little Assassin. However, he first earned attention as the gay yuppie on MTV’s undressed. In 2001, he made his debut in the movie Scenes of the Crime. He earned his first main role in the series Resurrection Blvd. which ran from 2000-2002. After appearing in countless TV shows, he had his other main role in Mental and Melrose Palace in 2009. 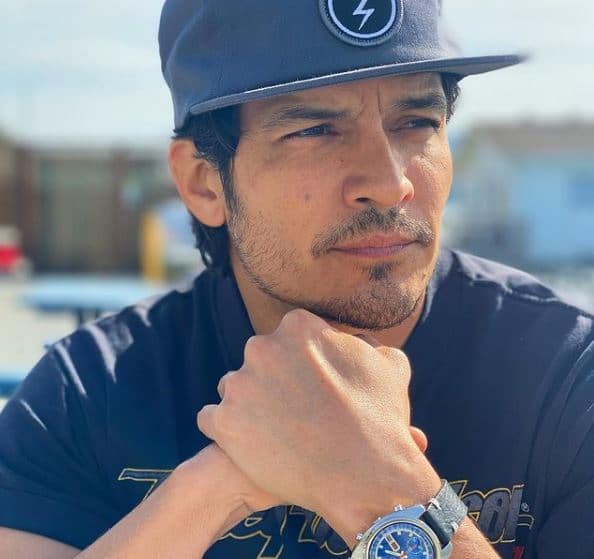 Likewise, the actor also starred in movies such as Dirty, Behind Enemy Lines II: Axis of Evil, Down for Life, Water & Power, The Purge: Anarchy, and Beneath US. His most recent breakthrough role came as Dr. Neil Melendez in the series The Good Doctor. He played as the main character until season 3, after which his character was written off. As of 2021, Nicholas Gonzalez holds a net worth of $2 million.

Nicholas Gonzalez had been a fan favorite after his appearance in The Good Doctor. Many were excited about the actor’s on-screen romance with Jessica Preston and Dr. Audrey Lim. However, season 3 broke many fans’ hearts after Melendez died after he confessed his love to Jessica Preston. While many were invested in the show, they might not realize that the actor is actually married to his co-star from the show.

He is married to the actress Kelsey Crane who appeared in the show as Sadie Barnes, a patient in the show. Nonetheless, the pair tied the know in April 2016 in Los Angeles’ Fig & Olive restaurant. Moreover, they also share an adorable daughter, Ever Lee Wilde Gonzalez, born in 2017. Nicholas resides happily with his beautiful wife and daughter.

Nicholas Gonzalez was born to his parents Sylvia Mosier and John Gonzalez. His father is a dermatologic surgeon, having served in the army.

The handsome actor Nicholas Gonzalez has a height of 5 feet and 7 inches. Likewise, he has a stunning and muscular body. The actor possesses black hair and black eyes.