A stand-up comedian actor, Nick Giannopoulos has given a smile to millions of admirers in the world. He came to limelight from the television sitcom Acropolis Now; comedy stage shows Wogs Out of Work, and the movie The Wog Boy. He is also known as “Australia’s lead exponent of wog humor.” To date, he has gained numerous awards from his raw talent including The Comedy Star of the Year, The IF Award, and 2 MO Awards. His followers’ wonders 55 years old is married now?

So, let’s unfolded unknown facts about Nick Giannopoulos through this biography!

Nick Giannopoulos was born in the town of Melbourne, Victoria, Australia on 1st July 1963. He is Native Australian and belongs to mixed ethnicity of Australian and Greek. His zodiac sign is Cancer. He is the son of Giannopuolos’s family to mother Petroula, but his father is unknown. For education, Nick attended Abbotsford Primary School and Richmond High School. And for further studies, he went to Rusden State College and learned Drama Course in 1981. Later, Nick graduated from Victorian College of the Arts.

Nick began his career as a standup comedian, movies director, and acting personality. He came to fame from his from the television sitcom Acropolis Now, and comedy stage shows Wogs Out of Work.

Giannopoulos co-wrote and produced the film “The Wog Boy” that grossed over 12 million dollars. His feature film “Greece Is The Word” reached over 3 million people on Seven Network. The film helped him accumulated a right amount of revenues.

Nick even hosted a new variety/talent show “The Singing Office” and won numerous awards in his career. But how much is Nick net worth? As a stand-up comedian, actor and film director, Nick has undoubtedly accumulated an impressive amount of revenues throughout her career. According to CelebrityNetWorth.com, his net worth is estimated at $6 million. 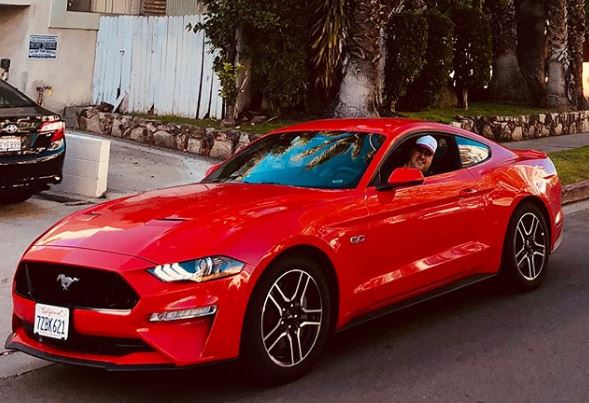 Nick is romantically linked with his girlfriend at the age of 55. He is dating his girl, who is well known as DJ Femme. The pair began their love life in 2016 when they met each other at the party in St Kilda. Since then, the couple has been spotted hanging out and spending quality time together.

‘She didn’t have a clue who I was when I met her. It was great because it allowed me to be myself. She has copped a lot of flak being a female DJ, but I’m proud of her. She’s tough and can stand up to the sexism. I like that about her. She’s warm, understanding and a good human being.’

The pair has also flown to Hawaii to spend their private time together. On 3rd January 2018, his girlfriend DJ Femme shared their romantic picture on Instagram with caption Gone on vacay.

Beside his dating life, Nick has also talked about his marriage. In an interview with The Sydney Morning Herald, he revealed being close few times to marriage, but his work came first. He stated:

Do I have regrets about some of those relationships? Sure, but if I didn’t put my work first I wouldn’t have succeeded. It took me seven years and 40 drafts of the WOG boy movie script before it was shot in 1999. It’s not an overnight thing.

His well-wishers await his marital status being married, as he is already 55 years old. So, we hope him soon to fill his life with a beautiful wife.

Nick was born in the house of Giannopoulos to mother Petroula, but his father information is unknown. His mother was a machinist and has to struggle a lot for the living. She worked in Flinders Lane sweatshops with hundreds of other women. According to Nick, his mother had to work 18 hours a day to bring out his siblings: five brothers and four sisters. 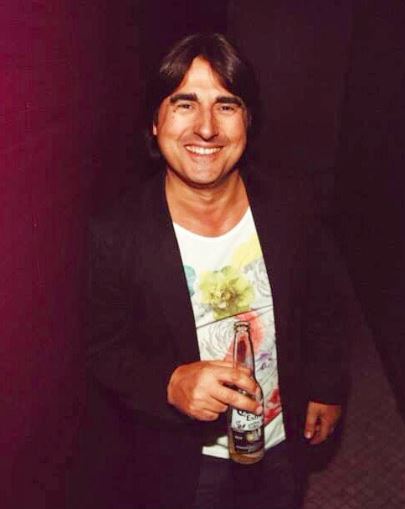 As a stand-up comedian, actor and film director, Nick’s height and weight measurement are unknown. He has white skin, brown hair, and black eyes.