Nick Foles is an American football player serving the position of Quarterback for the Chicago Bears in the National Football League(NFL). He is also the player who got selected in the third round of the 2012 NFL Draft by the Philadelphia Eagle. Not only that, he even led his Philadelphia Eagles team toward victory in the Super Bowl LII in 2018. Moreover, Nick has served for teams like St. Louis Rams, Kansas City Chiefs, and Jacksonville Jaguars.

Nick Foles was born in Austin city of Texas in 1989. His birthday is celebrated on every 20th of January which makes his zodiac sign, Aquarius. He belongs to white ethnicity and inherits the nationality of Americans.

Nick’s professional football career began by getting drafted in the 88th overall pick in the third round of the 2012 NFL draft by the Philadelphia Eagles. There, he got signed four years contract in May and made a debut in NFL against the Dallas Cowboys. 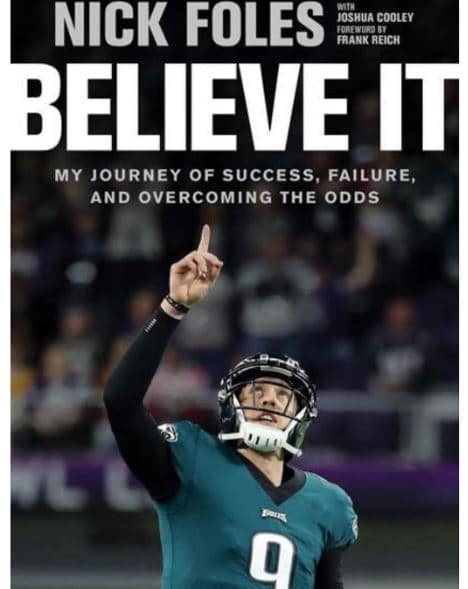 Nick shares his wedding knot with Tori Moore. Her wife is recognized for being the youngest sister of Evan Moore who is a former NFL Tight end. But how did they met each other?

Well, it takes back to Nick’s college period where got transferred to Arizona where destiny made him met Tori. He told in an interview with Press of Atlantic City that

I was going to my [football] physical. I remember walking down the stairs and thinking, ‘Wow, this might be the most gorgeous person I’ve ever seen.

During that time, Tori played volleyball for the Arizona Wildcats. Eventually, they became close friends in the college but only decided to give a try in romance until school was over. He said

It was one of those things where at some point the good Lord took the shades off both our eyes, and we just started talking and it grew into something that was always there, but we never knew it. It’s crazy

Subsequently, Nick and Tori got married in 2014. After three years, they welcomed their first child, Lily James Foles in 2017.

The final days as just us four ❤️

As for now, they are relishing their happy married life with their adorable child.

Nick was born to parents – Larry Foles and Melissa Foles. His both parents are restaurateurs. With his childhood memories remain hidden, Nick graduated from Westlake High School in 2007. During that time, he broke the school record with 5658 yards and 56 touchdowns defeating Drew Brees. Not only that, but he was also received two team MVP honors as a basketball player.

During his university period, he was committed to Arizona State but later went to Michigan State. Then, he got transferred to the University of Arizona. 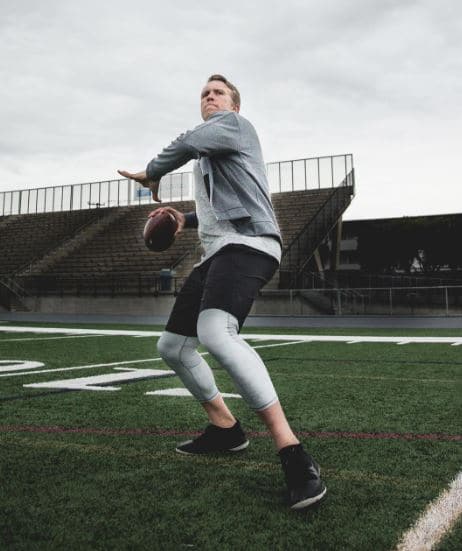 Nick has tall legs which height stands at 6 feet 6 inches and weighs at 110kgs. Having an athletic body, he has blonde hair with brownish eyes color.