Noah was born in Nashville, Tennessee on 8th January 2000. She belongs to American nationality, and her zodiac sign is Capricorn. She was born in the talented family of singers with her father, Billy Ray, is one of the influential singers of his generation. Whilst her sister, Miley Cyrus, does not need any introduction as she is one of the famous singers of this generation.

Noah was born into a celebrity family which did help her to enter the world of the movies industry. At a mere age of two, she began her acting career when she appeared on the TV show, DOC, on the sixth episode as Gracie Hebert.

Being a Miley Cyrus’s younger sister was a boon, but Noah climbed the ladder of success on her own. In 2009, she appeared in the famous movie, Hannah Montana as a background dancer that proves how she has strived for success. Noah also appeared on several episodes of Disney Channel Original Series Hannah Montana and lent her voice for a movie titled Ponyo. 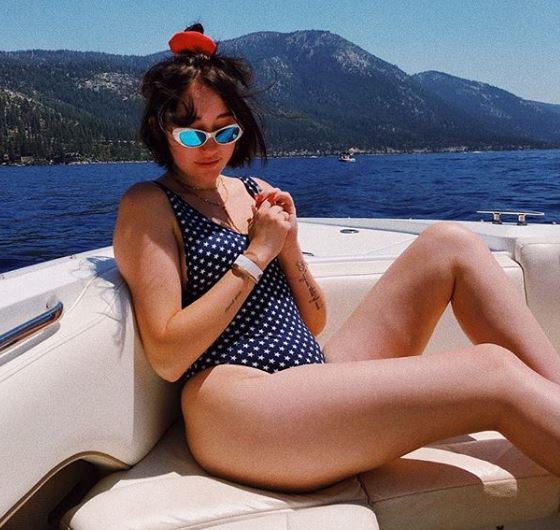 Apart from her acting career, Noah followed her sister, Miley’s footsteps and pursued her career in singing when she announced signing a deal with Barry Weiss. Her debut single came in 2016 titled, Make me cry featuring Labrinth. Moreover, now, she is all set to make a world tour in September 2018. With this, Noah is estimated to have a net worth of $3 million.

Noah is always open about her relationships as she keeps posting about her life on her social media accounts. She introduced her ex-boyfriend Lil Xan on her Instagram family of 4.4 million. However, their last long as the breakup rumors of the couple is the talk of the town.

Noah was born and raised in a celebrity family with her father being a famous singer of his generation. Moreover, of course, her elder sister, Miley Cyrus, is one of the sensational and controversial singers of this generation. Noah shared her childhood with five siblings: Miley, Trace, Brandi, Christopher, and Braison. 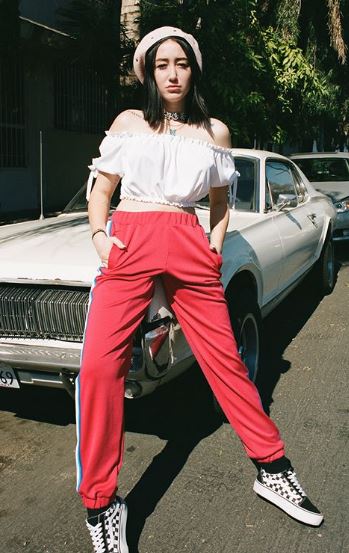 Noah stands tall with a height of 5 feet and 4 inches and weighs about 57 kgs. She has got blue eyes with black hair color and stunning looks to die for.