Nolan Gould is an American actor, best known for the portrayal of Luke Dunphy, the youngest sibling of the Dunphy family, on the ABC’s hit family sitcom Modern Family. Off-screen, he has a deep appreciation for music and plays instruments like the piano, banjo, sitar, standup bass, and theremin.

New York-native Nolan Gould was born on 28 October 1998 under the star sign Scorpio. The 22-year-old actor is American by nationality and belongs to the mixed ethnicity of English, French, and German. He is a member of Mensa and has an IQ of 150. He had accelerated four grade in school as of 2012. At age 13, he took a General Educational Development test.

At the age of three, Nolan began his career doing commercials. He began his acting debut with a minor role in the 2007 film The McPassion, followed by other small roles in films Waiting, Room, Sunny & Share Love You, and Montana.

Nolan bagged a big role in the 2009 film Space Buddies, where he appeared as Sam. The same year, he landed a major breakthrough role of Luke Dunphy, the youngest sibling of the Dunphy family, on the ABC’s hit family sitcom Modern Family. Since then, he guest-starred in other TV series, including ‘Good Luck Charlie,’ ‘Whose Line is it Anyway?’ and ‘Sofia the First.’ 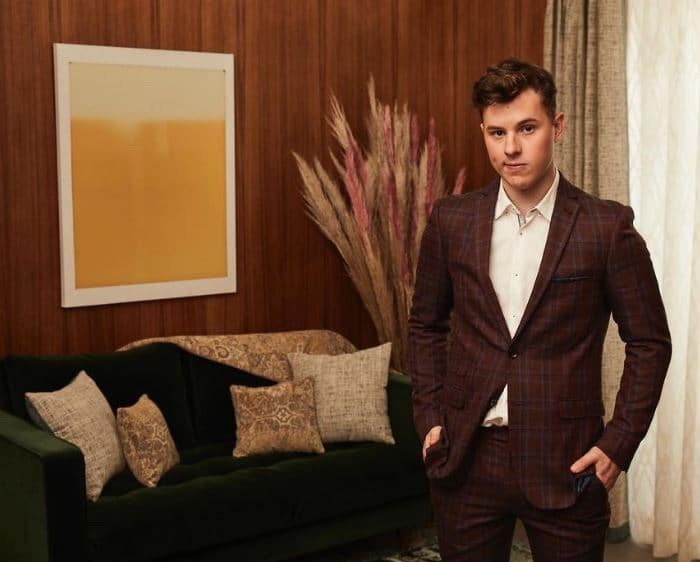 Nolan had a supporting role in the 2011 romantic comedy film Friends with Benefits. His other film credits include Ghoul, The To-Do List, Field of Lost Shoes, and Yes.

Nolan was once rumoured to be dating The Kissing Booth actress Joey King. However, neither of them addressed the rumours that fade off shortly after.

Likewise, The Modern Family star was also linked with a fellow co-star Ariel Winter. But Nolan denied having a relationship with his television sibling and revealed that he didn’t want to ruin their friendship.

In 2017, Nolan sparked dating rumours with model Hannah Glasby. The two were often spotted together, giving rise to the speculation about their affair. However, they never confirmed their relationship.

As of 2020, Nolan is possibly single. He has largely kept his dating life behind the closed doors.

The Modern Family star is the son of Angela and Edwin Gould. Shortly after his birth, Nolan and his parents moved to Phenix City, Alabama, because of his father’s military career. His family moved to California when he was five years old.

Nolan grew up with his older brother, Aidan Gould. His brother is also an actor who has starred in The Rainbow Tribe, Julia, and CSI: Crime Scene Investigation. 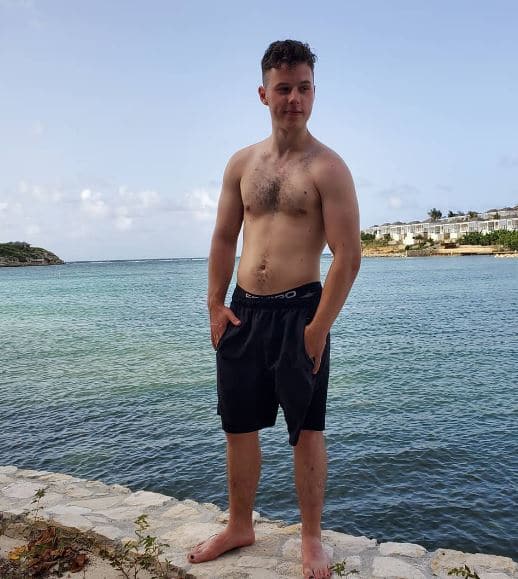 Nolan has a decent height of 5 feet 10.5 inches. He weighs about 70 kg. He has a charming personality with dark brown hair and eyes.