Professional tennis player, Novak Djokovic made history in Australian Open winning the title in 2019 for the seventh time. He has the grand slam title 16 times only behind his greatest rivals, Rodger Federer (20) and Rafael Nadal (18). Novak is closing the gap as his recent grand slam win came in 2019 winning the Wimbledon beating Rodger Federer in the finals.

Djokovic was born in Belgrade, SR Serbia, Yugoslavia on 22nd May 1987. His birth sign is Gemini and belongs to mixed ethnicity with Montenegro and Serbian descent. He is fluent in five languages English, Serbian, French, Italian and German.

Djokovic had a passion for tennis since age four, and at the age of six, Jelena Genčić spotted his talent and trained him for six years. Later, she moved him to Germany to teach him at Pillic Tennis Academy where he spent four years. At 14, he reached the Junior Davis Cup Finals as the member of Yugoslav national team. The best moment in his junior career came in 2004 reaching the Australian Open semifinals.

In 2003, he began his senior career after registering for the ATP World Tour and played in Challenger and Futures tournaments. In 2006, he made it to the Top 40 Men’s ranking after reaching quarter-finals of French Open as well as the fourth round of Wimbledon. In the same year, Djokovic achieved his first ATP title at the Dutch Open. It was the start of his incredible run as he went on to win several accolades in his career. 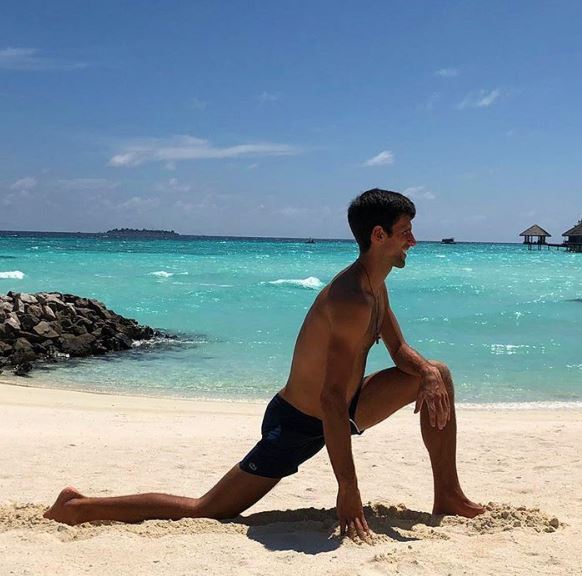 During his career, he has played with all-time greats, and his rivalry with Rodger Federer and Rafael Nadal have been the highlights of his career. He leads in both contentions winning 28 out of 54 meetings with Nadal and 26 out of 48 meetings with Federer. In 2019, he beat both Federer in major finals of Wimbledon and Australian Open. In 2019, Forbes ranked him in No.17 in the Highest-Paid Athletes of the year.

Talking about his income, it comes not only from the tennis pitch but earns from endorsements with Lacoste, Head, Net jets, Seiko Watch Corporation, and so on. He owns a collection of cars including Audi R8 of worth, £125,000 and homes in New York, Miami, Monte Carlo, and Serbia. As per Celebrity Net Worth, Djokovic has a net worth of around $220 million.

Djokovic met his better half, Jelena Ristić in high school and began dating since 2005. She has been with him in his lows and highs supporting him continually throughout his career. In 2013, he proposed her and tied the knot in 2013 on a five-star hotel resort, Sveti Stefan in Montenegro.

In October 2014, he and Jelena welcomed their first child, a baby boy Stefan. In 2017, a new member came to the family, a baby girl, Tara.

Djokovic grew up in Belgrade to his parents, Srđan and Dijana. His mother is of Montenegro descent while his father is of Serbian descent. Like him, his two brothers, Djordje and Marko, are also professional tennis players.

As a sportsperson, Djokovic loves to maintain his physique in shape to be fit for his games. He has a height of 6ft and 2inches and weighs around 80kgs.