Oakley Fisher is an American child actress and Instagram star who, along with her twin sister, Taytum, appear on their social media handle. Both are recognized for having a combined Instagram account named Taytum & Oakley with more than 3.1m followers. Furthermore, they also made an appearance in the hit soap opera, Day of Our Lives.

Oakley Fisher was born in Los Angeles County, California, in 2016. Her birthday is celebrated on the 23rd of June and possesses a Cancer zodiac sign. Belong to American nationality; she is the daughter of Kyler and Madison.

Oakley rose into limelight when her mother, Madison, created a combined Instagram account named taytumandoakley. Two days after the twins’ birth, their mother shared their first picture on the 25th of June 2016. Furthermore, their parents have already cemented their pathway as celebrities as they have already earned enormous follower on their Instagram account. 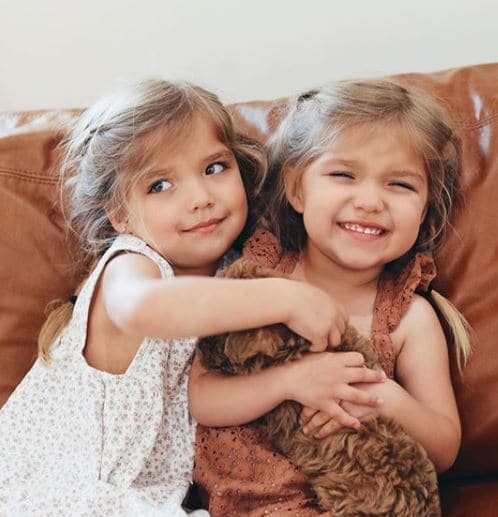 Being the child of celebrity gave them an exposer since their birth. So, it has helped the twins to garnered over 3.1m followers on their Instagram account. To gain more limelight, their parents even created a YouTube channel named Kyler and Mad on the 29th of November 2016. The first video got posted with the titled Very First Vlog! Which garnered over 1.2million views.

Oakley made her first debut in commercial in an advertisement campaign for Subway when she was three months. Then, she, along with her sister, got into acting by starring in NBC’s long-running soap opera ‘Days of Our Lives’ as Holly Jonas.

As of 2020, Oakley’s net worth remains under review.

Oakley is the twin sister of Taytum Fisher and the daughter of Kyler and Madison Fisher. Both her parents are actors. 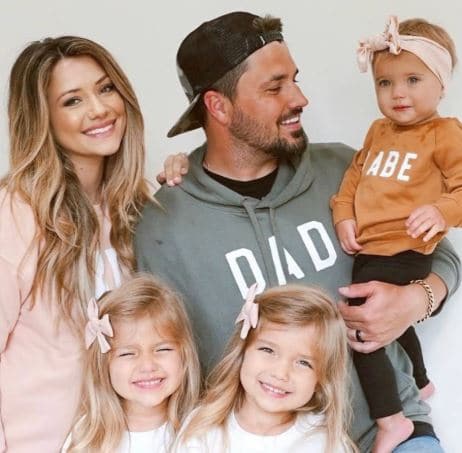 Madison has worked in films like Without a Paddle: Nature’s Calling, The Metrosexual, The Last Straw, and Love Everlasting. Whereas, Kyler has portrayed in movies like Limelight, Water, and JJuarez 2045. Not only that, but he has also even made debut as a producer with two projects – the short film Rift and the drama-thriller Hardwired.

Oakley is in her growing stage; she has a height measured at 3 feet 4 inches. She has grey eyes and blonde hair color.