Kiari Kendrell Cephus, an American rapper and songwriter, is popular by his stage name as Offset and part of the hip-hop group named, Migos. He often makes the headlines for being on and off relationship with Cardi B and recently, the couple announced on Instagram that they have broken up. With his rising popularity, Offset has around 9.7 million followers on Instagram.

Offset was born in Lawrenceville, Georgia, the USA on 14th December 1991. He is of American nationality and part of the African-American ethnicity. His zodiac sign is Sagittarius. Offset shared his childhood with his cousin brothers, Quavo and Takeoff.

Offset started his professional career in rap alongside with his cousin brothers, Quavo and Takeoff forming a group named, Migos. In the year 2013, the trio released a single titled, Versace. After the first single, the group released their debut album titled, Yung Rich Nation in 2015. 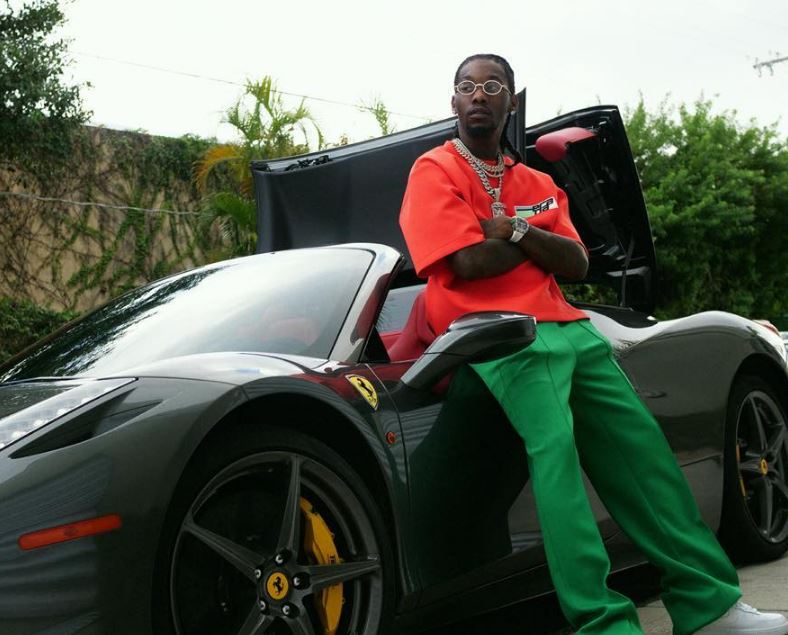 Apart from the group, Offset has collaborated with other rappers and singers like Drake for the single No Complaints and Macklemore for the song, Willy Wonka. With all these works, Offset has accumulated a net worth of around $16 million.

Offset and Cardi B have a long on and off history with each other. The pair met for the first time two years ago in 2017, when they collaborated for a song named, Lick and the rumors of them dating started. After dating for several months, Offset proposed Cardi B in front of thousands of fans at Power 99’s Powerhouse in Philadelphia.

As of 2018, Offset is making the headlines when a video of him with another lady, Sophia Alia, went viral on the Internet. In the video, Offset got caught being intimate with Sophia, but she confirmed that they did not have any physical contact at that time. After the release of this video, the rumors arose that Offset and Cardi B broke up with each other.

Offset grew up with his siblings, Quavo and Takeoff when his father left him at a very young age. He got raised by Quavo’s mother in Gwinett County, near Atlanta. Other than that, there are no details about Offset’s family. 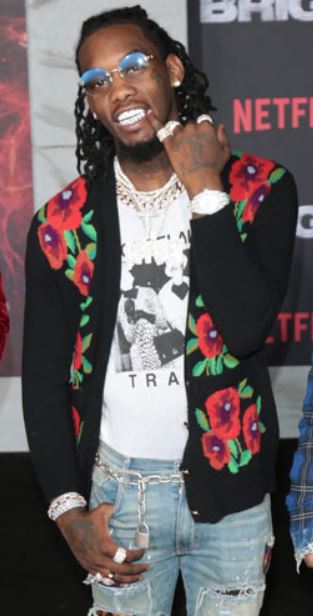 Offset stands tall with a height of 5 feet and 8 inches and weighs about 78 kgs. His skin color is brown and has brown braided hair.