British actor and model, Oliver Jackson-Cohen is famous for his role in the TV Series, Dracula, where he played the character of Jonathan Harker. Likewise, he has appeared in TV series like World Without End, Emerald City and so on. As of 2018, Oliver was the cast of TV series, The Haunting of Hill House as Adult Luke Crain.

Oliver was born in Westminster, London, England on 24th October 1986. He is of British Nationality and possesses mixed ethnicity (French, Israeli and English). His zodiac sign is Scorpio. Oliver’s mother, Betty Jackson works as a Fashion Designer and his father, David Cohen is a businessman. He has a sister named Pascale.

Oliver started his acting career with the TV Series, Hollyoaks playing the character of Jean Pierre in 2002. Later, he appeared in the TV Series, The Time of your Life as Marcus and following that year he appeared in TV Series like Lark Rise to Candleford, World Without End and Mr. Selfridge. In the year 2013, Oliver landed a significant role in the TV Series, Dracula as Jonathan Harker which changed the dynamics of his career. After that, Oliver bagged other TV Series like The Secret River, Emerald City and recently he played the character of Adult Luke Crain in The Haunting of Hill House (2018).

Apart from his TV career, Oliver has been part of movies like Faster with Dwayne Johnson, The Raven, Despite the Falling Snow and so on. Also, talking about his net worth, it is estimated to be around $3 million.

In the year 2013, Oliver started dating his co-actress, Jessica De Gouw from the TV Show, Dracula. The lovely couple fell in love while working in the sets and they are not just fooling as they are genuinely in love with each other.

On 16th February 2017, Oliver wished his girlfriend, Jessica on his Instagram account and stated that life would not be the same without her. Fortunately, Oliver and Jessica share an excellent relationship spending quality time.

Oliver grew up in London to parents, Betty and David Cohen. The 32-years-old attended Lycée Français Charles de Gaulle for his education and had a bit of French accent. Oliver has a sister Pascale Jackson-Cohen. 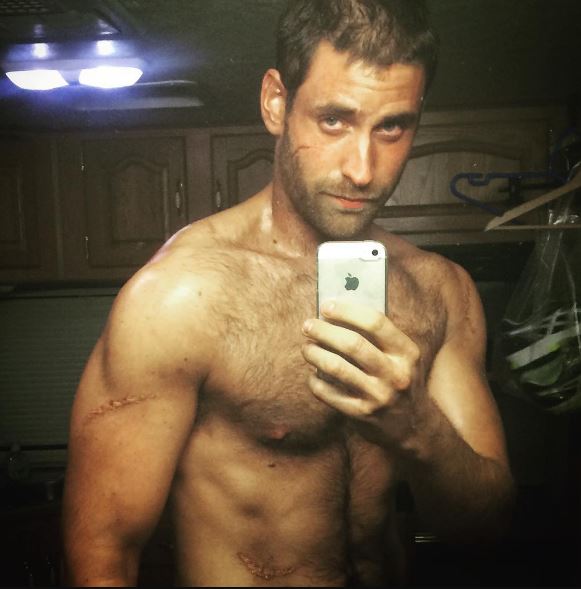 Oliver stands tall with a height of 6 feet and 3 inches. As per his Instagram profile, he has a fabulous physique to enthrall his fans.