Congratulations are in order for the heartthrob of Lord of the Rings, Orlando Bloom, and Pop Queen, Katy Perry, with their child on the way.

Orlando Bloom is a British actor popular for his role in “The Lord of the Rings,” “The Hobbit,” and “Pirates of Caribbean” series. His portrayal of the elfin character “Legolas” assisted him in establishing his career in Hollywood.  He is also a theatre actor who made his debut through performance in “Duke of York’s Theatre” in 2007. 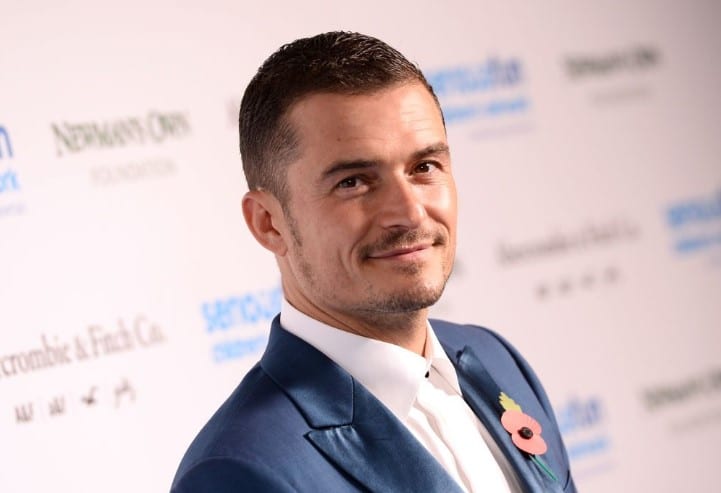 To date, he has appeared in thirty-five movies and eight TV shows. He has been featured in seven video games. Besides, he has twenty awards as of the date in his name.  Not only TV and movies, but he has also starred in Broadway adaptation of “Romeo and Juliet” in 2013. He was also named UNICEF Goodwill Ambassador in 2009.  He is currently associated with the show “Killer Joe.”  He has also been earning as a producer for Haven (2004), The Good Doctor (2011), etc. He also makes money from brand endorsements and advertising campaigns. As of date, Bloom’s net worth stands at $40 million.

Orlando had been in an on-and-off relationship with actress Kate Bosworth from 2003 to 2006. In 2007, he began dating Australian supermodel Miranda Kerr, and they got engaged in June 2010 and got married in the following month.  The couple was blessed with a baby boy in January 2011 named Flynn Christopher Bloom.  Their relationship, however, couldn’t last long, and they officially separated on October 25, 2013, and divorce was finalized by the end of the same year.

Currenly Orlando is engaged to Pop sensation Katy Perry.  They began dating in January 2016, shortly after 73rd Golden Globe Awards. They had both confirmed their split in February 2017, eventually getting back together in April 2018.  Orlando and Katy got engaged on February 15, 2019. Yet another good news has surfaced about them. On March 5, 2020, Katy revealed her pregnancy in the music video of her single “Never Worn White.”

Orlando was born on January 13, 1977, to father Colin Stone and mother Sonia Constance Josephine (nee Copeland) in Canterbury Kent, the United Kingdom, as Orlando Jonathan Blanchard Bloom. He was named after English composer Orlando Gibbons.  He has an elder sister named Samantha Bloom.

His parents had divorced when he was just a child, and he and his sister were legally adopted by his stepfather, Jewish South African novelist Harry Saul Bloom. Orlando had believed Harry was his biological father until his mother revealed the truth when he turned thirteen.  His biological father, Colin Stone, became his guardian after the death of Harry.

Orlando attended St. Peter’s Methodist Primary School, King’s School, and eventually St. Edmund’s School as a child.  He was diagnosed with dyslexia, which made him pursue art.  He joined Fina Arts College and obtained an A level in Fine Arts College.  Later, he enrolled in Acting in the Guildhall School of Music and Drama.

Orlando stands at the height of 5 feet and 1o inches and weighs about 77 kilos. He has an athletic body type and possesses brown hair and brown eyes.