Patrick Dempsey is an actor who is best known for his role as a neurosurgeon in Grey’s Anatomy. The actor has won various awards for his role, including Screen Actors Guild Award and People’s Choice Award. Moreover, he has also appeared in many movies and TV shows over the years. Patrick is also a race car driver and has competed in several pro-am events.

Patrick Galen Dempsey was born in 1966 in Lewiston, Maine. He celebrates his birthday on January 13, which makes his age 55. The actor holds American nationality and comes from white ethnicity. Patrick graduated from Willowridge High School.

Patrick started his career in a touring production of Harvey Fierstein’s “Torch Song Trilogy.” He first had an uncredited role in the 1985 movie, The Stuff and later landed roles in movies like Heaven Help Us, A Fighting Choice, Meatballs III: Summer Job, and others. Likewise, he had his big break in 1989’s Can’t Buy me Love, and he earned lead roles in movies like Mood, Some Girls, Loverboy, and Happy Together. In 1993, the actor starred as John F. Kennedy in the miniseries “JFK: Reckless Youth.” 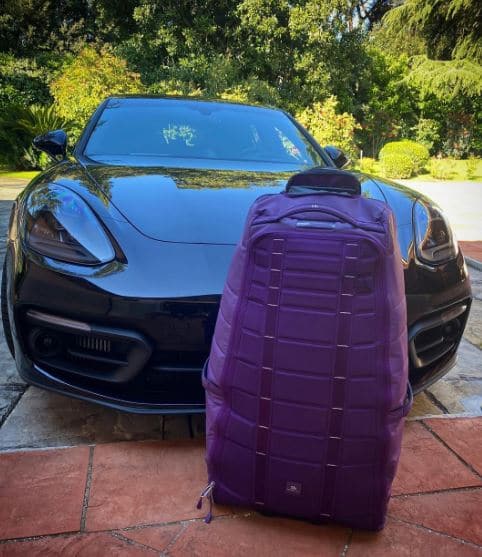 In the 2000s, the actor starred in movies like Scream 3, Sweet Home Alabama, The Emperor’s Club, and Iron Jawed Angels. In 2005, he played one of his popular roles of Dr. Derek Shepherd in Grey’s Anatomy. His character was killed off in season 11. Besides, he also appeared in several movies, including Enchanted, Transformers: Dark of the Moon, and Bridget Jone’s Baby. After he departed from Grey’s Anatomy, the actor played the lead in the miniseries, The Truth About the Harry Quebert Affair, and produced The Art of Racing in the Rain. In 2020, the actor reprised his role of Dr. Derek Shepherd in season 17 of Grey’s Anatomy. As of 2021, Patrick Dempsey holds a net worth of $80 million.

Patrick is married to his wife, Jillian Fink, for over two decades. The pair first met in 1994 when the actor made a haircut appointment at Fink’s L.A. hair salon, Delux. However, the pair started dating in 1997 and tied the knot on July 31, 1999. Likewise, they have also welcomed three children together, a daughter, Talula Fink, in 2002 and twin sons, Sullivan Patrick and Darby Galen, in 2007.

While Patrick and his wife’s relationship might look perfect, they had their fair share of ups and downs. In January 2015, Patrick’s wife filed for divorce before reconciling a year later. They called off their divorce on November 12, 2016. Before tying the knot with Jillian, Patrick was married to his manager, Rochelle “Rocky” Parker, in 1987. The pair divorced in 1994.

Patrick was born to his parents, Amanda and William. His mother was a secondary school teacher, whereas his father was an insurance salesman. Likewise, he has two older sisters, Mary and Alicia, and a half-brother, Shane Wray.

Patrick is famous for his charming looks and personality. The actor stands tall with a height of 5 feet and 10 inches.

Likewise, he has a lean and muscular body. The actor has black eye color and grey colored hair.