Patrick Mahomes, the son of a former Major League Baseball (MLB) pitcher, Pat Mahomes, who has been able to place his name as an American professional football player, plays for the Kansas City Chiefs of the NFL as a quarterback. Moreover, Mahomes drew inspiration from his father to conquer his name in the American sports industry as a successful and eminent player.

On September 17, 1995, Patrick Mahomes was born in Tyler, Texas. According to his birth sign, he is Virgo. The ethnicity of Mahomes is Caucasian and holds American citizenship. The name of the high school where he attended was Whitehouse High School. Later he joined Texas Tech University, where he helped his college to win various games and competitions.

Patrick Mahomes Net Worth and Salary

Mahomes was an elite player from a young age. His father’s career inspired him to pursue a career as a sportsperson.

While in High School, he was named the MaxPreps Male Athlete of the year 2013-2014. During his University games, he showed impressive results from his plays. In his professional year, he was recruited by Kansas City Chiefs in the first round of the 2017 NFL Draft.

Nevertheless, he has made some NFL records in a game. To mention a few include‘ Most consecutive road games with 3+ touchdown passes,’ ‘Most touchdown passes thrown through first eight career games(10),’ and many more other achievements. No doubt, he has achieved so much in a short time. He has earned multiple endorsement deals that helped him earn income from various sources. As of 2023, Patrick Mahomes holds an estimated net worth of $40 million.

Patrick is a married man. He married his high-school girlfriend, Brittany Matthews in March 2022. People Magazine revealed that Patrick was a sophomore while Brittany was a junior in high school when they met. 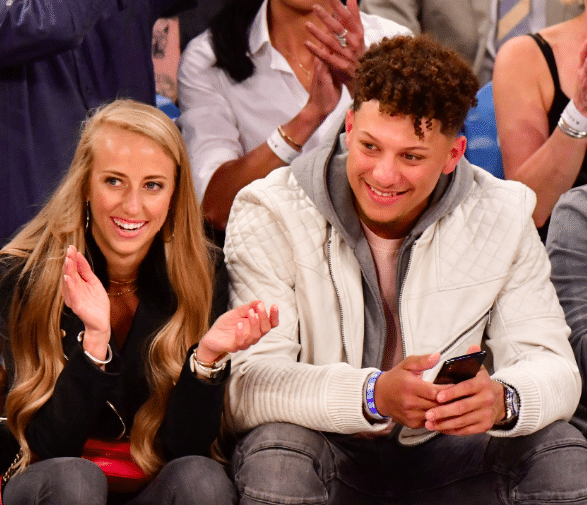 Brittany, Patrick’s wife is a professional soccer player in Iceland. And she is popular on Instagram as well, as she has more than a million followers.

Patrick and Brittany welcome a daughter in February 2021 and named her Sterling, and a son in November 2022 and named him Patrick.

The parents of Mahomes is Pat Mahomes and Randi Mahomes. His father is a renowned major league Baseball (MLB) pitcher. One of the inspirational people for Mahomes is his father. He has a younger brother Jackson Mahomes and a younger sister Mia Randall. 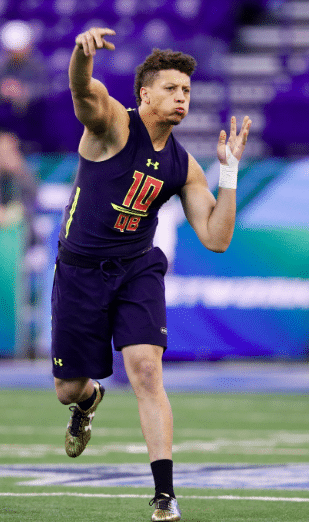 Blessed with an impressive height of 6 feet 3 inches, Mahomes has maintained his body weight of around 104 kg. Being an athlete, he has a masculine physical appearance and slim body size. Mahomes has curly black and brown eyes.

How old is Patrick Mahomes?

Where is Patrick Mahomes from?

What ethnicity is Patrick Mahomes?

What is Patrick Mahomes net worth?

Who is Patrick Mahomes wife?

Patrick Mahomes is married to his wife, Brittany Matthews.

How many kids does Patrick Mahomes have?

Who are Patrick Mahomes parents?

How tall is Patrick Mahomes?