Paul Arriola is a popular soccer player for playing as a winger for Major League Soccer club D.C. United. Moreover, he also plays for the United States national team. Paul previously played for clubs including Tijuana and Swansea City. He has participated in many international tournaments and has represented the U.S.

Paul Joseph Arriola was born in 1995 in Chula Vista, California. He celebrates his birthday on February 5, which makes his age 26. He holds American nationality and comes from Mexican ethnicity. He attended Mater Dei Catholic High School and iHigh Virtual Academy.

Paul spent his early years with U.S. Soccer Development Academy Club Arsenal FC, and in 2012, he was invited to train with Tijuana. He signed a contract with Club Tijuana of Liga MX. He made his debut for the club during the preseason friendly against Club America at Petco Park in 2013. In July, he made his professional league debut in a 3-3 draw with Club Atlas. In 2017, the footballer signed for Major League Soccer side D.C United for a club-record fee of $3 million. Likewise, he made his debut for United on August 13, 2017. In 2021, Paul moved to Swansea City and made his debut on February 10, 2021. 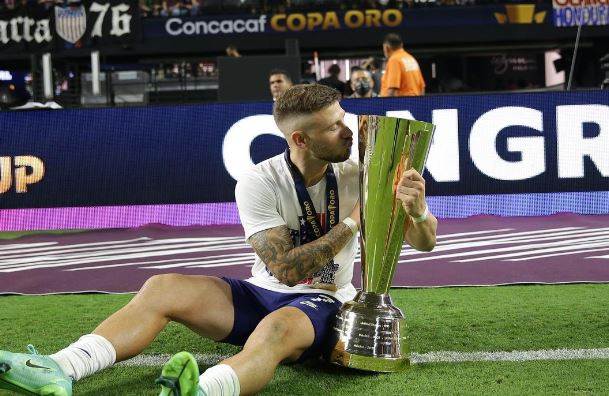 Paul Arriola is in a relationship with a girl named Akela Banuelos. While the pair have not shared how they meet, the duo started dating in May of 2018.

Paul often showers his girlfriend with love and features her on Instagram with the most adorable captions despite being together for over three years. During their third anniversary, the footballer wrote,

‘3 years filled with highs, lows, chaos, fun and LOVE. You are my rock’

Likewise, he also features her on several other occasions, including Valentine’s Day. For the recent one, he wrote a lengthy caption,

“Happy Valentine’s Day to my love! Thank you for being such an amazing woman and my rock. Far away but soon reunited! I love you”

According to his girlfriend’s bio, she creates vlogs on fashion and lifestyle. Moreover, she is also an animal advocate and owner of two dogs. The adorable pair also has a YouTube channel titled “Kickin’ It with Akela and Paul”. Regardless, Paul and Akela are yet to tie the knot.

Paul was born to his parents, Dawn and Arriola. Paul’s grandparents migrated to the U.S. from Mexico. Likewise, his family also includes a younger brother. 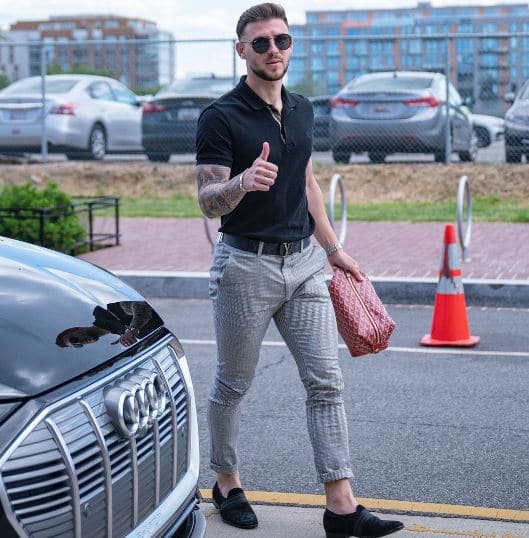 Paul has a height of 5 feet and 6 inches. Likewise, the footballer possesses an athletic fit body.