The “Irish Dragon,” as called by his followers and “Super Dad’ as aptly named by his daughter, Paul Felder, is currently ranked 9th in the 2019 UFC Lightweight Rankings and is one of the celebrated players in the Championship.  A professional since 2011, he has also played for Cage Fury Championship.

Paul Felder is an Irish-American professional Mixed Martial Artist who plays for the lightweight division of the United Fighting Championship.  Paul is a three-time UFC Performance of the Night award winner. He has a track record of 17 wins out of 22 matches of his career.  He had last faced Dan Hooker in the match that was held on February 23, 2020, at the UFC Fight Night 168 where he lost via decision. 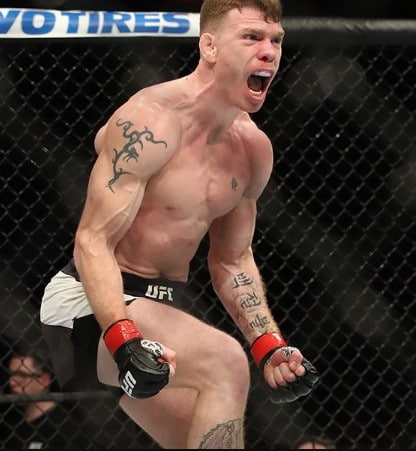 Paul made his UFC debut on October 4, 2014, after almost three years with Cage Fury Championship. UFC signed him on August 2014. He won the debut match against Jason Saggo via split decision.  With nearly five years with UFC, he has amassed not only name and fame but also hefty income from his fights. Besides, he has endorsed several fitness products that have escalated his income even more throughout his career. His net worth till date is estimated at 2 million dollars.

Paul has a daughter and has often talked about her. However, surprisingly it is not known whether the player is married or dating or not. Neither the name of his wife, if he has one, nor the name of his girlfriend has surfaced yet, and it seems he likes to keep it so.  Since no such individual claiming to be his girlfriend or wife has appeared in public, many speculate that he is pretty much a single guy.  His daughter, whose name is not known, looks so much like him that there’s no doubt they are related.

Paul was born on April 25, 1985, in Philadelphia, Pennsylvania, to Irish American Parents.  No information on his parents and siblings is available, and we shall update it on a later date when the information surface. However, it is known that his father had lost his battle with pancreatic cancer when Paul was preparing for his fight on July 2017 for UFC Fight Night 113.

“He was on hospice and I literally watched him die every day. I was there when he finally went. I felt like his passing was a way for him to tell me that it was time to go and do my job. He was at peace, finally.”

Despite the grief, he had participated in the match and even paid tribute to his late father and eventually earned a victory over Stevie Ray via Technical Knockout.

Paul had started his Karate and Tae Kwon Do training at the age of 12. He had even participated in the Junior Olympic in Tae Kwon Do with his cousin Niko Portillo. As a child, he had attended Ridley High School and later joined the University of the Arts, where she studied acting and graduated in 2008. He had become interested in MMA during his college years. 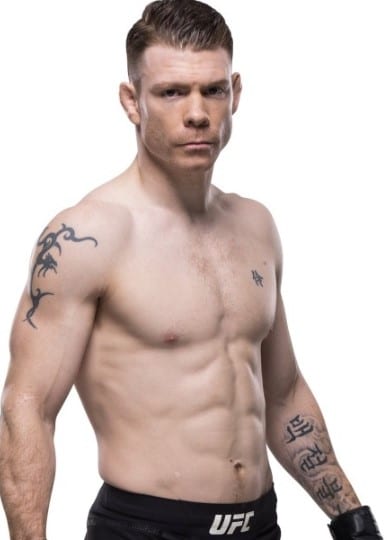 Paul stands at a decent height of 5 feet and 11 inches and weighs 70 kilos. Possessing an athletic build, he has covered his skin with tattoos. He has reddish-brown hair, an Irish mark, and dark brown eyes. He has a reach of 70 and a half inches.