Peter Morgan Alonso is a rising baseball star who plays as the first baseman for the New York Mets in the MLB. Making his debut in the 2019 season, he broke the MLB record for the most home runs by a rookie with 53. Likewise, he is also the first Mets player to hit 50 or more home runs in a season. He also earned many titles, including NL Rookie of the year and MLB home run leader. Pete has also won the Home Run Derby twice.

Pete Alonso was born in 1994 in Tampa, Florida. He celebrates his birthday on December 7, which makes his age 28. He holds American nationality and comes from White ethnicity. He attended the University of Florida.

Pete started his minor league after The New York Mets selected him in the second round with the 64th overall of the 2016 Major League Baseball draft. He signed a $909,200 signing bonus. Likewise, he was also chosen to participate in the league’s All-Star Game. MLB.com ranked him as New York’s fourth-best prospect going into the 2018 season. In the 2018 season, he received a midseason promotion to the Las Vegas 51s of the Class AAA Pacific Coast League. He also won the Joe Bauman Home Run Award. 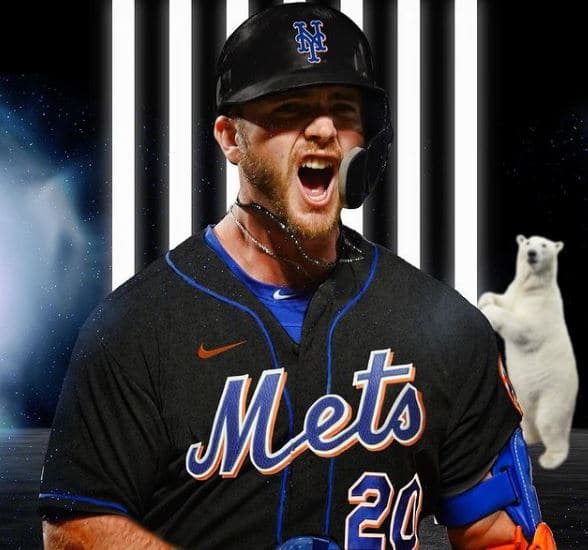 Pete started as a first baseman in the 2019 season. He was in the team’s starting lineup on Opening Day on March 28 and also recorded his first major league hit against Washington Nationals pitcher Justin Miller in the eighth inning. Pete had his first career multi-home run game on April 9. As the 2020 season shortened, Pete was again Met’s first baseman heading into the 2021 season. He signed a one-year contract extension which bumped his salary to $652,521. On July 12, 2019, Pete won his second Home Run Derby after defeating Baltimore Orioles. He has earned $2 million from winning the Home Run Derby twice while also making $1.47 million from 2019-21 in base salary. And in 2022, his base salary is $7,400,000. Pete Alonso holds a net worth of $7 million as of 2022.

Since Pete’s second Home Run Derby, many of his fans are interested in knowing more about the baseball player. Likewise, many of them are interested to know if he has a partner supporting him from the sidelines. Pete is in a relationship with lifestyle blogger Haley Walsh. The duo has been together since 2015 after meeting in College. Later, Haley majored in journalism and political science and also interned for NBC News in Boston. Moreover, she is also a competitive figure skater.

Besides, Pete also proposed to his girlfriend in 2018, got engaged, and both tied the knot in November 2021. Pete captioned his wedding day photo on Instagram: ‘the best day of [his] life.’

Pete was born to his parents, Michelle and Peter Matthew Alonso. His parents raised him in Tampa, Florida, alongside his brother Alex. His brother plays lacrosse for the Queen’s University of Charlotte. 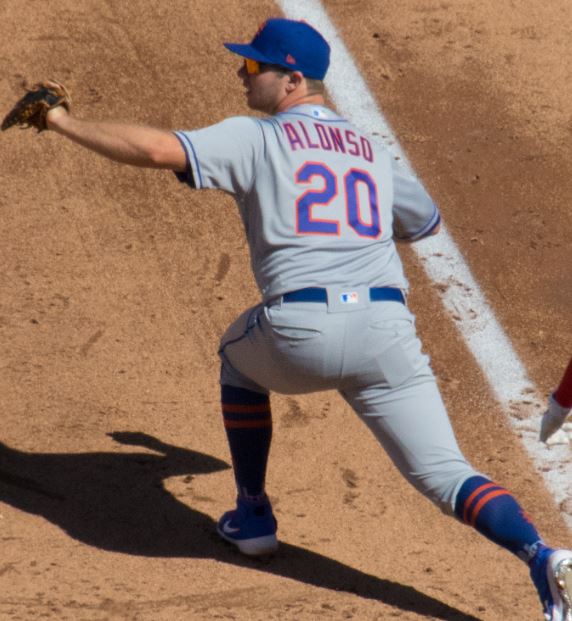 Pete has a height of 6 feet 3 inches. Likewise, the baseball star weighs around 111 kg. His facial features include his light brown hair and blue-colored eyes.

How old is Pete Alonso?

Where was Pete Alonso born?

How much does Pete Alonso make?

What is the net worth of Pete Alonso?

Who is Pete Alonso's wife?

Pete Alonso is married to his wife, Haley Walsh.

How many kids does Pete Alonso have?

Pete Alonso currently has no kids.

How tall is Pete Alonso?