Pilar Rubio is a Spanish Television presenter, model, and actress who ever since her childhood held a charismatic personality. Being a mother of three, she believes that her children are her biggest motivation, and she wants to be an example to them relating to pursuing their dreams.

Pilar Rubio was born in the year of 1978 on March 17. She was born in Torrejon de Ardos, Community of Madrid, Spain as Pilar Rubio Fernandez. She holds Spanish nationality and mixed ethnicity.

Picturing herself in the media industry, Pilar Rubio didn’t complete her economics degree, and she left her hometown at the age of 24, pursuing her ambitions. She got best known when she covered the program Sé lo que hicisteis for the television network La Sexta. (date)

From modeling for various men’s magazines, she acted on the movies ‘Carlitos,’ ‘The chance of the lifetime’, and ‘Unresolved Sexual Tension.’ In 2007,  she appeared in a humorous homemade videotape program called La Ventana indiscrete.

In 2008-09, she was the sexiest woman in the world as per the Spanish edition of the FHM Magazine. She also did lots of TVs shows one of them being ¡Más que baile!. On 25 June 2012, he featured on the talent contest Todo el Mundo es Bueno. Though these two shows didn’t get that good rating, her work was appreciated by the auditions.

As of her recent years, she has chosen to focus on her personal life rather than being in the sight of media. And talking about her net worth, she hasn’t revealed it to date, but it is for sure that she is living a lavishing life.

Pilar Rubio started dating Spanish Real Madrid C.F. football player Sergio Ramos on September 12, 2012. This relationship was confirmed during the FIFA Ballondor in 2013. Declaring their relationship, the beautiful couple also announced their pregnancy news on the 12th of November and JR. Sergio was born on 6 May 2014. A year after, she announced she was pregnant, and on 14 November she gave birth to Marco. On 5 October 2017, they announced their third child, and on 25 March 2018, she gave birth to Alejandro. 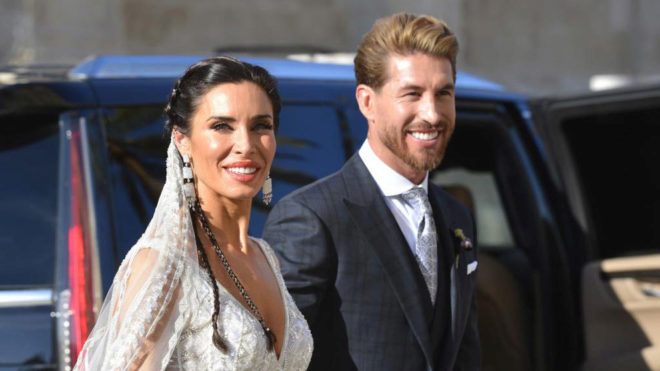 On 16 July 2018, the couple got engaged. The wedding took place in Ramos’ home-town of Seville Cathedral in Spain on 15 June 2019. Pilar wore a Lebanese Designer for her wedding and looked flawless in that sparkle silvery off white dress.

Pilar grew up till the age of 24 in her hometown in the community of Madrid, Spain, with her family (includes Manuel Rubio, brother Alberto Rubio, sister Esther Rubio). That is only known of her family. Now, she resides with her husband, Sergio Ramos, and her three children Jr. Sergio, Marco, and Alejandro happily. 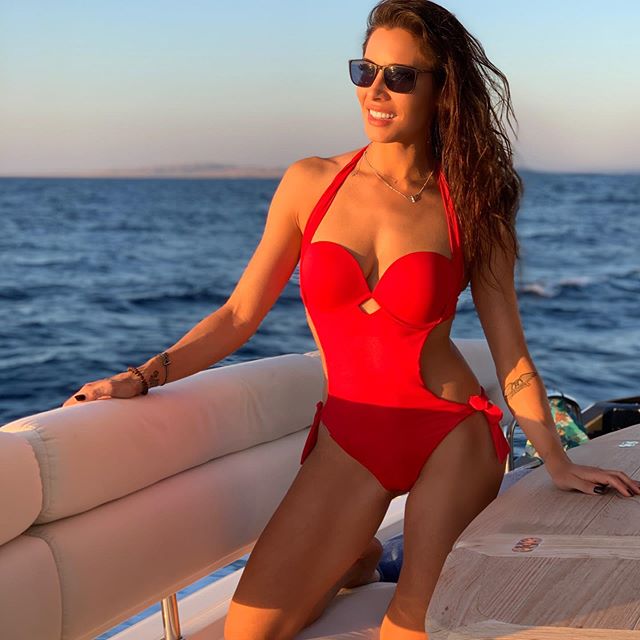 Pilar has an ocean blue colored eye, and her hair color is dark brown. She is 5ft 4in in height and weighs 51 kg. Her body measurements are 35-25-37.